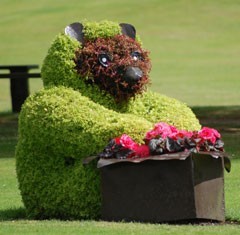 Moray is being challenged to prove it has singers good enough to appear on the national television show ‘The Voice’.

The hit BBC TV talent show has only just completed it’s third series but already the search is on to find the voice winner in 2015.

Anyone who feels that they have what it takes to make it onto the show is being invited to attend a coaching session at the Rock Academy Performing Arts (RAPA) in Lossiemouth next week.

Each hopeful can then spend ten minutes with a member of the professional stage school’s coaching staff where they can be put to the test with two song and offered advice on how to apply for the show.

RAPA’s Tish Tindall said: “We are looking for either soloists or duos who believe they have what it takes to become the next big thing.

“We are looking for talent who must be 16 years of age or older on 23rd June 2014 and must have the right to live and work in the UK for over 20 hours per week.

“The winner of The Voice 2015 will receive a record deal with record label giant Universal.

“The Voice UK is the most successful new entertainment series launch on BBC One in over a decade. The first series had a consolidated series average of 9.2 million viewers and the show peaked at 10.6 million during Series Three.”

Anyone who believes they meet the criteria and is seriously considering applying for the fourth series of The Voice is asked to contact RAPA by email to tish@rockacademy.co to book a place at the coaching sessions.