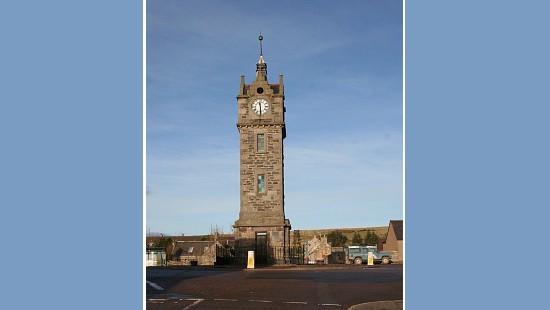 ROCK AROUND THE CLOCK is the theme for an event organised by a Moray community seeking to raise funds towards restoring a local landmark.

Newmill residents David and Elsa Fraser are behind the event later this month in the village hall that will see dancing through the night to the band ‘Clay County’.

The clock tower is a listed building on the main square in the village and commemorates people from the parish who lost their lives in the two world wars.

Designed by Keith architect F A Robertson, the tower 56-foot high tower is described in “A Brief History of Newmill” by George Gartly as being “the envy of many a small town let alone village” and was built “free of debt”.

However, work is now required on the iconic structure it is now hoped that ‘Rock Around the Clock’ will help with that, with tickets available at £8 each by contacting David and Elsa on 01542 888265.

The evening is a ‘bring your own bottle’ event which will include raffles to help raise as much as possible for the clock tower restoration fund.