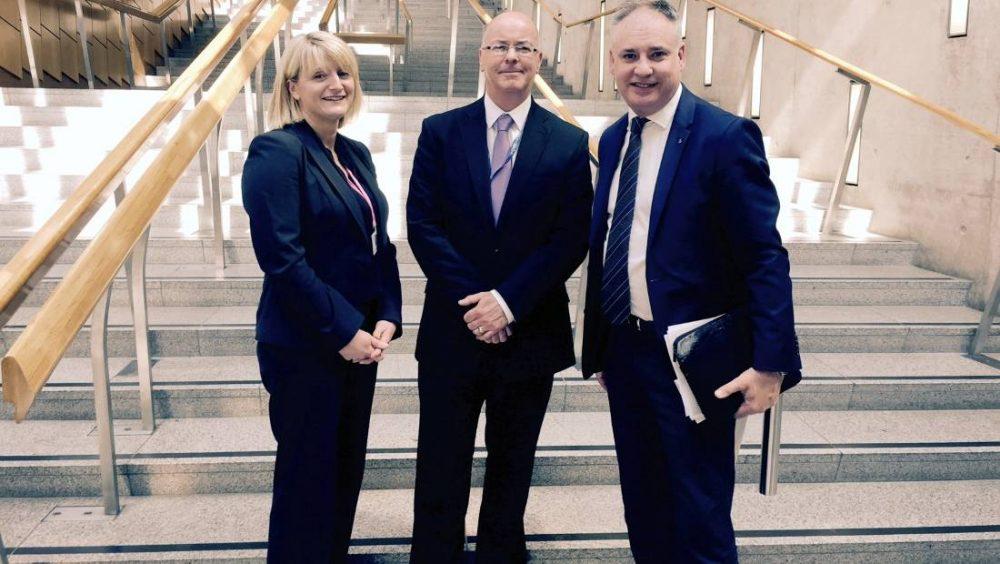 MORAY COUNCIL MUST take a view on their preferred route for the dualling of the A96 through the region.

That was one of the conclusions reached following a meeting between Roy Brannen, the chief executive of Transport Scotland and Richard Lochhead MSP this week.

Mr Lochhead passed on the concerns raised to him by Moray constituents and urged Mr Brannen to ensure a high level of communication is maintained with local communities throughout the project.

The MSP also raised the issue of creating cycle paths along the route of the road, pressing Transport Scotland to provide clarity on what new bypasses would be included “as soon as possible”.

“This was a useful meeting with Transport Scotland where I raised a number of concerns that had been expressed with me by constituents in Moray,” the MSP said, adding: “The dualling of the A96 is a monumental investment that will provide a massive shot in the arm for local businesses and local families by improving travel times and the journey experience between the North’s key communities.

“However, much is to be done before the preferred route is chosen and I urged Transport Scotland’s chief executive to ensure we have good communication with local communities in Moray in relation to the process and statutory consultations that will be taking place over the coming couple of years. I’m pleased that he promised to ensure this happens.”

Mr Lochhead added that of particular emphasis in his meeting was the concerns raised by constituents living close to Option N – which he believes would essentially ‘body-swerve’ larger communities completely, establishing a new road rather than dualling the existing route.

Option N would see a departure from the existing route to the west of Forres, cutting through countryside and bypassing Forres and Elgin before linking back with the existing road to the east of Fochabers.

He added: “Although I realise that more than one option must be consulted upon, the sooner decisions are taken the better, so that communities, businesses and families based near all the options can have clarity over the future.

“Transport Scotland explained that the consultation process has to be water tight and robust to avoid successful challenges in the courts that could delay the project.

“It is also vital that the Moray Council takes a view in due course on its preferred route as clearly their views are going to count.

“This was a useful meeting and I hope to also invite the new Transport Minister to Moray in the near future to discuss this and other transport related issues.”

Details of the proposed routes can be found by downloading the strategy plan from Transport Scotland.