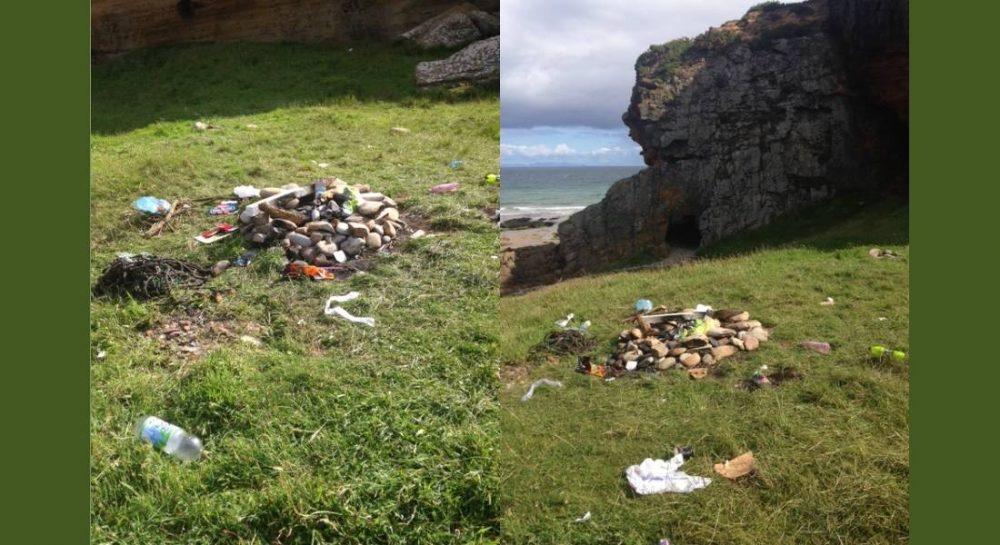 EFFORTS TO KEEP beaches and other popular community areas in Moray clear of debris and litter are being hampered by careless visitors or residents.

One local resident has expressed her disgust that those picnicking at one local beauty spot are leaving it littered – when just a few moments care after a party event would leave the area clear for the enjoyment of others.

Karen Cook highlighted the issue at Cove Bay in Hopeman, a sheltered area of stunning natural beauty that forms part of the Moray Coastal Path.

Ms Cook was walking her dog yesterday morning when she found and area of the bay littered with debris from what appeared to be a beach party.

“There was broken glass, packets of opened, raw food and a collection of other debris just left where it had fallen,” she said. Karen added: “Quite apart from the obvious hazards to local wildlife and domestic pets, it really is a shame that people think it is OK to leave this sort of mess.

“Living in an area where we are fortunate to have so much natural beauty on our doorstep, surely people can enjoy that and think for just a few moments to lift the rubbish they have created and take it to an appropriate bin?”

Cove Bay is an area of stunning beauty that attracts photographers in particular to the area. The Bay is shown on OS maps as Clashnach Cove and is known to many locals as Primrose Bay, but is more commonly known as Cove Bay. It consists of spectacular rock formations and sandstone cliffs.