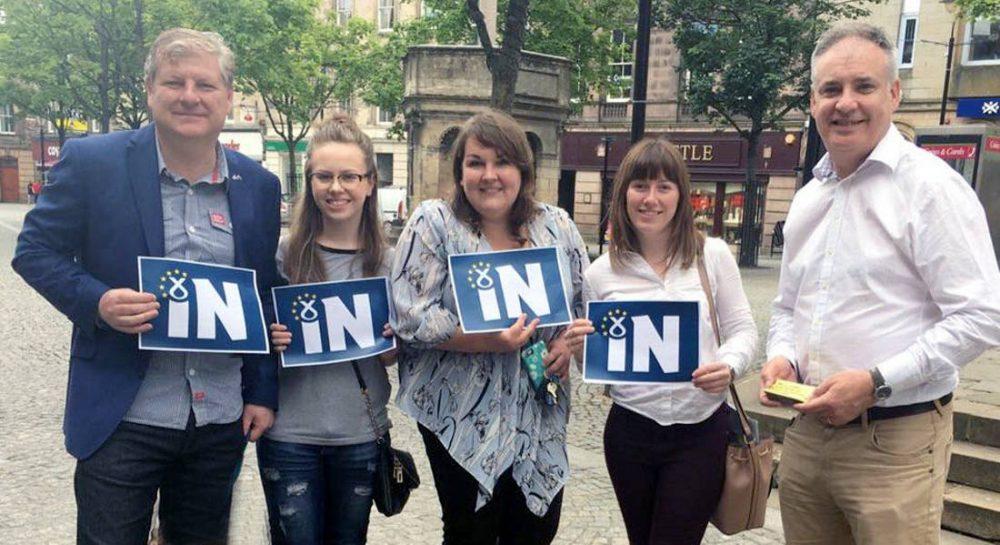 PEOPLE IN MORAY appeared every bit as surprised and shocked at the result of Thursday’s EU referendum – with the region more split down the middle on the subject than anywhere in the UK.

The result that saw just 122 more people in Moray wishing to remain part of the EU than those wishing to leave was not such a massive surprise.

Local SNP politicians did appear to waken up in the days before the poll to shock canvassing figures that demonstrated the unique makeup of the Moray electorate was in danger of seeing the region being the only one in Scotland to return an exit vote. In the end it did not – but the tight Moray poll will have come as a jolt.

Immediately following confirmation that the UK had made the momentous decision to leave in direct contradiction to the Scotland-wide vote to remain, Richard Lochhead acknowledge the mixed feelings that would bring his constituents.

He said: “As the result of the EU referendum sinks in, I know that many of my constituents in Moray will have mixed feelings given the momentous events of the past hours that have changed the course of Scottish, UK and European history.

“I recognise many are shocked and anxious. I also know that people who voted either way did so on the basis of beliefs they hold dear. I want to reassure EU citizens living in Moray that you are valued and you must continue to consider this as your home.”

For Holyrood colleague Stewart Stevenson – who, of course, represents a large swathe of the Banffshire portion of Moray – there was more of a reaction, as he came out clearly in favour of Nicola Sturgeon’s declaration that the result will spark a second Scottish Independence referendum in the next two years.

He said: “Scotland has shown clearly that, as a nation, it wishes to remain part of the European Union. That is not to say that we agree the EU is perfect: it is not. But where we have been let down in Europe in the past, for example in fishing negotiations, is because we have had no-one sitting at the table speaking for Scotland’s fishermen.

“The SNP has long called for the return of control over fishing resources to our fishing communities. In the turmoil which we are now facing, it’s important the UK Government does not overlook these vital interests.

“With the prospect of exit from the EU now a reality, there will be a lot of people asking themselves what happens next. For our farmers, the question of subsidy payments will be a key issue and I am not at all confident a UK Government will seek to continue these in the present form.

“For business, such as food processing, the question of what happens to key workers who are EU nationals will be fundamental.

“For individuals, the prospect of having to apply for visas to go on holiday in Europe – and a whole raft of other issues – is important.

“It is clear that a referendum on independence – should that be the wish of the people of Scotland – and a subsequent yes vote, would maintain many of the competitive advantages Scotland has enjoyed with EU membership and would, for the first time, actually give us the driving seat to shape our own agenda in Europe.”

Moray, Scotland and the UK is now looking at an uncertain future – but perhaps the biggest uncertainty is how people will react to another Independence Referendum.

That presents a dilemma in particular for a group that appear to be larger than the SNP imagined – those who would be delighted to live in an Independent Scotland – provided it was not a part of the EU.