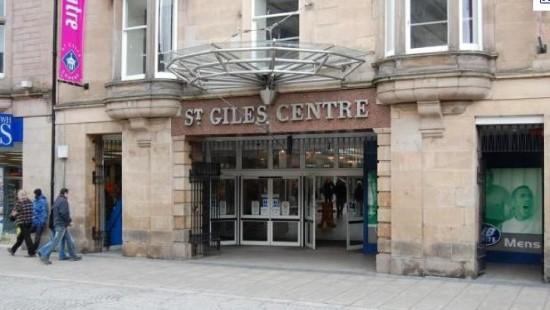 TRADE IN ELGIN’S town centre could be further eroded by a shock decision to levy a charge on the use of the only public convenience in operation in the town centre.

The surprise announcement by management at the St Giles Shopping Centre that they will begin charging for use of the toilets has sparked anger in the local community.

Now many are pledging to boycott the shopping centre in protest over the plan – which is likely to go ahead as the centre sought to justify their decision through a post on their social media page.

It said: “We would like to make our customers aware that shortly we will introduce a system for charging for the use of the St Giles Centre toilets.

“This will be a nominal charge that will go towards maintaining the high standard of cleanliness and repair that our customers have come to expect. We would like to thank you for your patience in this matter.”

The notice was met with immediate condemnation – with Danny Raeburn commenting: “Maybe focus your attention on filling one of the vacant units to raise cash, rather than charging people to use the facilities? Surely you should be encouraging people to visit rather than creating policies that will stop folk coming in.”

Janette Thomson added: “Not good for young children with small bladders or people who have bowel issues or disabled people. In this day and age most people don’t have small change in their pockets because everything is done by card.”

MJ Strachan reminded the centre of their responsibilities, saying: “It is bad enough the centre is dead, due to the greedy high rent and rates, as for the toilets they are of low standard compared to other centres around Moray and Scotland – and to be fair that’s breaching folks human rights, as none of the cafes supply toilets, so what are folk supposed to do?

“Making money on people’s right to use a toilet – well that’s a low blow by anyone’s standards, whoever is running this establishment needs to stop watching dodgy Dave from Westminster.”

However, there was some sympathy for the Centre’s decision, with Vicky Nicolson saying: “If we are paying to keep the toilets in the condition they currently are then NO CHANCE I would be paying.

“But if us paying means they will actually be clean and tidy each and every time we wish to use them then fair enough. The baby changing is disgusting, so bad I would actually rather (and often do) change my baby in the pram laid flat!”

Local councillor Patsy Gowans also said she understood the charge – and that it would be an annoyance to shoppers, although she insisted it was not a “big problem” adding: “I think it is more important that the conveniences are kept clean than they are free.”

Another councillor, John Divers, also understood the reaction to the plan – but added: “If the money is used to improve the toilets then that can help welcome tourists.”