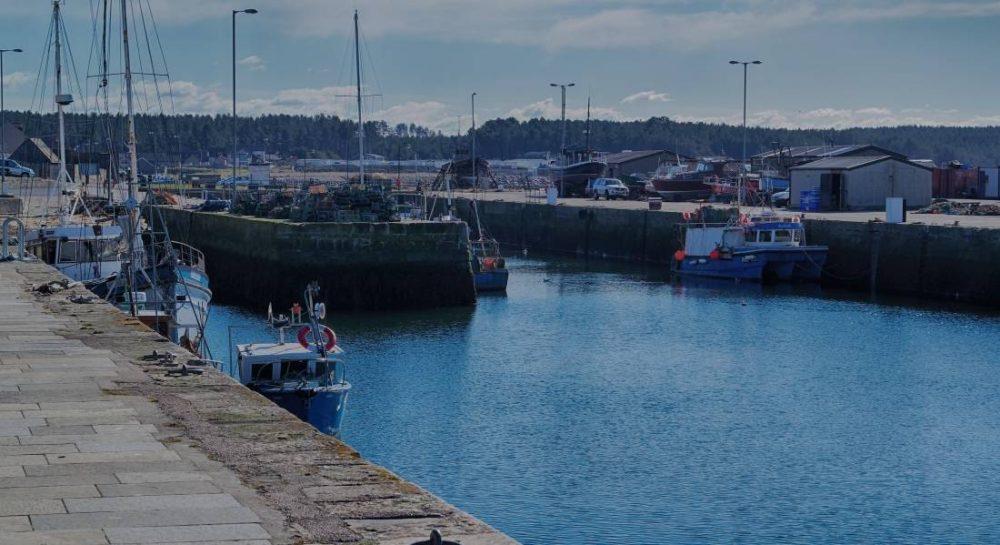 A CLEAN UP OPERATION had to be undertaken at a Moray harbour following an accident on Thursday evening that saw a trawler roll over during low tide.

Burghead Harbour was still showing signs of the resulting spill of blue paint the following day – although booms were put in place to stop that being washed out to sea.

The incident led to Coastguard crews being called to the harbour at around 6.30pm on Thursday evening when the trawler ‘Pegasus’ keeled over, spilling fuel and paint. The smell of diesel was reported by local residents who feared major damage to the local environment.

Moray Council’s recently launched dredger MV Selkie was on hand to assist in the clear up operation with a spokesman for Moray Council confirming they acted immediately on learning of the incident at the Council-owned harbour.

He said: “Moray Council reacted as soon as it was alerted and booms were put in place to contain the spillage within the harbour.”

The actual leak was under control by 9pm on Thursday thanks to the Coastguard for whom a spokesman said: “We sent a team to Burghead and they provided some initial support with containment to stop any leak going further.”

SEPA also attended and ensured that relevant partner organisations were carrying out clean-up operations, adding that they believed no significant impact would result on the environment.