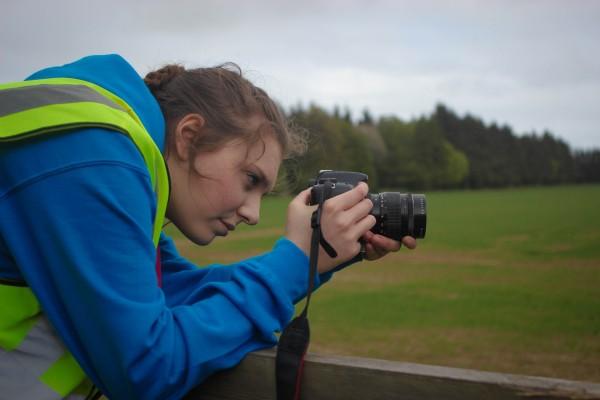 THREE SHORT FILMS have been produced by High School pupils that showcase their part of Moray to potential investors, visitors and anyone planning to relocate – in particular teachers.

Under the banner ‘This Is Our Moray’ the films show the region in spring, summer and winter through the eyes of six young residents.

The films – which were premiered at the Moray Playhouse cinema earlier this week – can now be viewed via the Moray Economic Partnership social media page.

Since November last year the pupils from Elgin and Lossiemouth High Schools and Forres Academy have been working with Elgin-based Northport Studios on the project, which has been funded by the Moray Economic Partnership.

The pupils attended 20 studio workshop sessions and completed at least three team local shoots in their home towns, resulting in their experiencing all aspects of film production. The project saw them giving up a part of their Easter holidays – with four pupils attending two full-day sessions at Northport Studio working on their chose speciality areas of editing and motion graphics.

One of the pupils involved, Connor Wallace who attends Forres Academy, said: “The interviews with local businessmen influenced our editing process but also allowed us to gain insight into our local area from people we would never normally encounter and it’s created in us a new pride in and respect for Moray – people and places.

“Going out and filming on location was fun, inspiring and very productive. We would go into the shoots with a preconception of what we’d be filming, have to deviate from those ideas, find ourselves constantly adapting and were astonished that we still managed to get really strong and use-able footage.

“We are very grateful for the confidence Northport Studio, our schools and the Moray Economic Partnership placed in us.

“The freedom granted to us really made this project our own, our responsibility and as a result our endeavours increased. Working over six months with other schools, and with the team at the studio, has been a brilliant experience for all of us.”

Education liaison for the project at Northport was Anne Duncan: “I cannot overstate how impressed the whole Northport Studio team is by the commitment, the ability and the resilience of this group.

“As they have been hit by challenges (damaged footage, poor weather and camera malfunction) they have re-grouped and found alternatives. They have absorbed the experience and should be justifiably proud of their films.”

John Cowe, Chair of the Moray Economic Partnership, said: “This project draws on the creativity we have in Moray to showcase the beauty and power of Moray as seen by these six youngsters.

“The Moray Economic Partnership is about building a sound future for the next generation and it is interesting to see how they see their area and the value they put on it. This project has grown from its original inception and has actually proved a valuable and interesting project.

“I am extremely impressed by the professionalism of the film and the skills and dedication of the pupils, and grateful to Northport studio for their commitment to the project.”

The pupils involved in the project were Anna Carey from Lossiemouth, Brodie Lawrence and Claire McCarthy from Elgin and Samuel Maxwell, Josh Parkington and Connor Wallace from Forres.