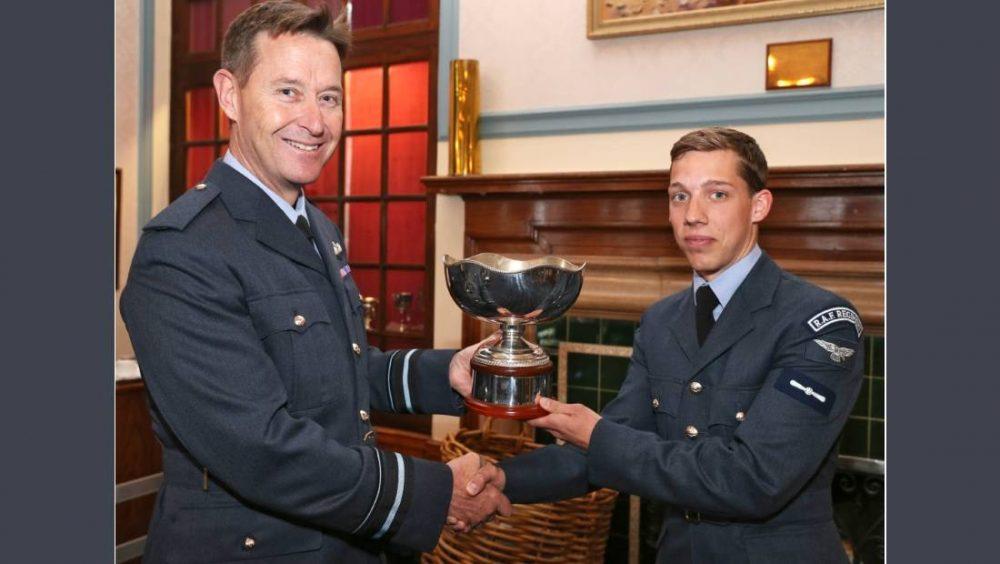 A LOSSIEMOUTH BASED RAF Gunner has been selected as the top recruit in his trade training course.

SAC James Lewis, who is a member of the Lossiemouth-based 51 Squadron RAF Regiment, was recognised for his consistently high performance throughout his trainee gunner course.

The top recruit receives the McFerran Prize, with SAC Lewis’ citation highlighting him as “a diligent, hard-working and unassuming gunner who understands the needs of his Chain of Command both in the field and out”.

His citation concluded: “Lewis has demonstrated the performance level required and surpassed this with enthusiasm and professionalism. He is fully deserving of the McFerran Trophy and an excellent role model for current trainee Gunners to emulate.”

The McFerran prize is presented in the memory of SAC Peter McFerran of No 1 Squadron RAF Regiment who was killed whilst serving on operations in Iraq in 2007. The prize is awarded to the best Trainee Gunner of each training year.

Part of the prize is the opportunity to fly in a Hawk, the aircraft flown by the Red Arrows, at RAF Valley.