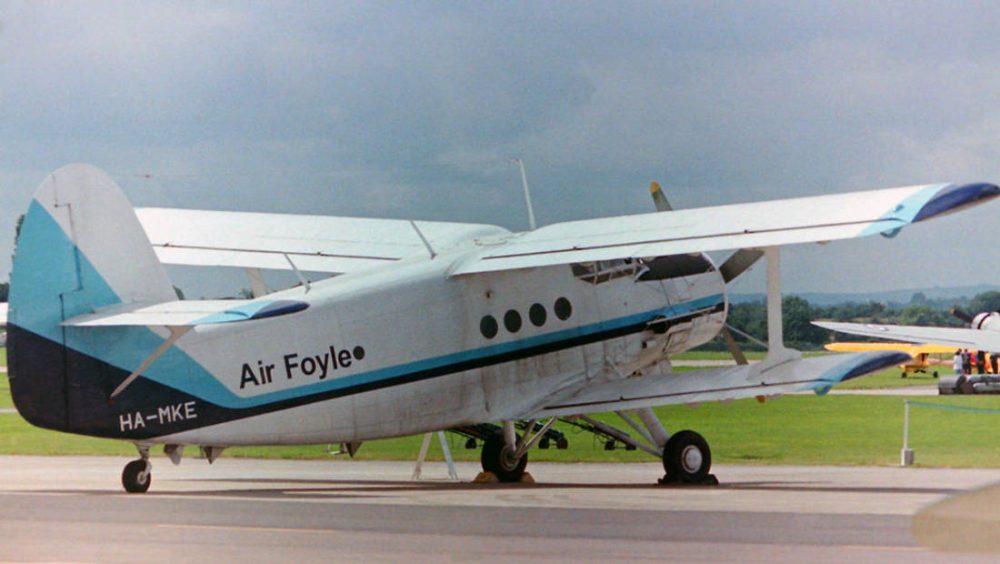 THREE MORAY GROUPS have been recognised in the Scottish Parliament this week as their successes were noted by local MSPs Douglas Ross and Richard Lochhead.

Motions at Holyrood have praised the Elgin Rotary Club, Moravia and local football club Islavale as the three celebrated notable events over the last week.

Tory MSP Douglas Ross proposed a motion that noted the fantastic efforts of the Elgin Rotary after around 10,000 people attended the biannual Motorfun event in Cooper Park on Saturday. In a second motion he praised Science and Aviation group Morayvia for their success in acquiring Scotland’s only Antonov AN-2 exhibit for their centre in Kinloss.

Mr Ross said: “The Motorfun event at Cooper Park is a fantastic day on the Moray calendar. Although a biennial event it is something that many people look forward to along with the many months of planning and organisation by the Rotary members.

“It is a great credit to their hard work that this year saw over 10,000 visitors to the Cooper Park, along with increases in those attending to display their vehicles, both two and four wheeled.

“The Elgin Rotary Club organise this event as a thank you the people of Moray for their support throughout the year but it is quite right that we take time in Parliament to pass on our gratitude to them for such a great event, well organised and highly regarded by those exhibiting.

“I also wanted to highlight another great addition at Morayvia. I am greatly impressed by the continued efforts of the directors and volunteers at Morayvia to acquire unique attractions and to make them available for public display.

“The group have come a long way since they initially purchased their Nimrod aircraft XV244, adding new exhibits over the last four years and establishing a temporary visitor centre at Kinloss which I understand is going from strength to strength and receiving very welcome positive feedback.

“My congratulations to Mark Mair and Stan Barber who continue to drive this project forwards and I applaud the passion and commitment of all those connected with Morayvia who strive to make the centre a first class visitor experience, adding a further string to the tourism bow of the area.”

Richard Lochhead MSP was “delighted” to note the success of Islavale, who pulled off a major surprise by defeating Superleague side Dyce Juniors to win the Domino’s Pizza Regional Cup at the weekend.

It was the first time in eight years that the Keith-based club had tasted success, prompting the MSP to comment: “I’m absolutely delighted for everyone involved at Islavale Football Club, from the players and management to the backroom team and the committee. It is absolutely fantastic to see them lift their first trophy in eight years.

“Islavale is a key part of the Keith community and I’m especially pleased for the local management team of Kenny Hendry and Kevin Collins to be lifting their first trophy. I hope everyone involved in the club has enjoyed their well-deserved celebrations and I wish them every success for next season.”