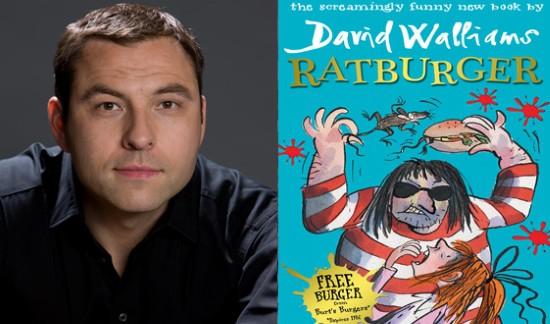 DAVID WALLIAMS MAGICAL tale of a little girl and a rat is being brought to life on the lawn of a Moray castle this month.

The National Trust for Scotland will host a production of ‘Ratburger’ on the lawn of Brodie Castle near Forres on Sunday, June 26.

The stage version of Walliam’s best-selling children’s book will be performed by Heartbreak Productions – who had previously brought ‘Mr Stink’ to life last summer.

Ratburger is the story of Zoe, a little girl who is having to cope with some tricky issues at school and at home – and like all Walliams’ work, the story is both cheeky and immensely humorous for children and adults alike.

Talking of the villain of the tale, Bert the burger man – who wants to turn a pet rat into a burger, Walliams said: “I wanted a villain that children reading the book or listening to it would find scary – the trick is making him scary enough that people are going to be scared but not too scared [that it is] going to be disturbing.

“Hannibal Lecter would be out of place in a children’s book – so it is quite a hard line to cross, but the thing that scared me most as a kid was the child catcher in Chitty Chitty Bang Bang – so I thought, could I come up with someone nearly as scary as that?”

Ratburger will be staged at 3pm on June 26, with tickets costing £13 for adults, £8 for children and £35 for a family ticket. They can be purchased online via the National Trust.