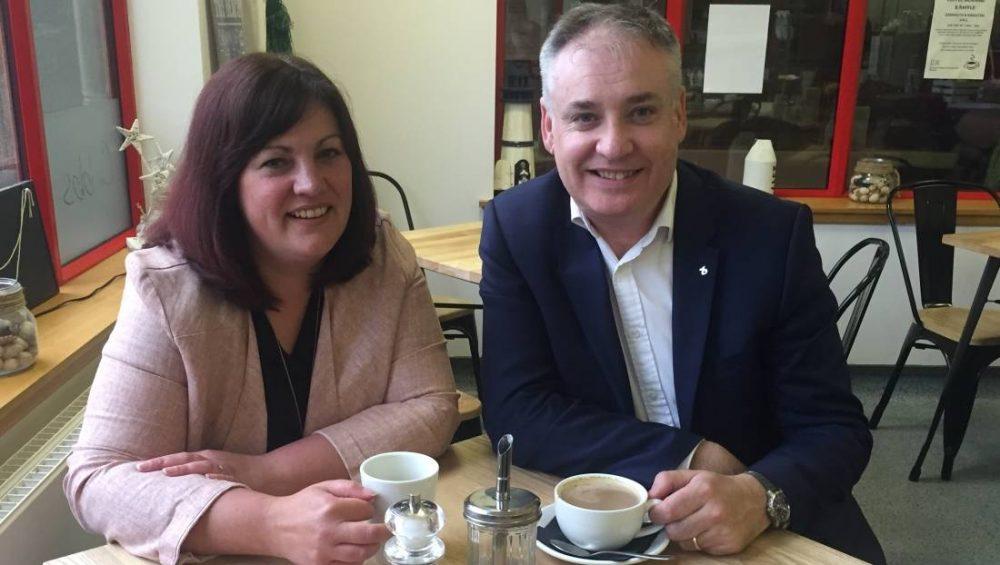 MORAY’S ‘LOCAL HERO’ representative at the opening of the Scottish Parliament is to be Sam Simpson from Newmill near Keith.

Richard Lochhead MSP revealed that Sam was the standout candidate following his call for nominations for the honour.

When her daughter Isla was diagnosed with cancer Mrs Simpson, a learning support teacher at Buckie High School and Newmill Primary School, raised over £100,000 for charities – including Lossiemouth-based Logan’s Fund.

It was five years ago when Andy Souness, a colleague of Sam’s RAF husband, took on a 100-mile trek carrying a 45lb backpack to raise funds for then two-year-old Sam, who suffered from neuroblastoma from five months old.

Mr Lochhead said: “As the fifth session of the Scottish Parliament gets underway, it’s right that the people of Scotland are placed at the heart of our events and to recognise the local heroes in every constituency.

“After I issued the public appeal for nominations, I was inundated with incredible stories about people who have contributed so much to life in Moray.

“But I was struck by the nomination for Mrs Simpson, who is clearly a special lady and who has done a great deal for charity following the illness of her own daughter Isla. Her personal qualities certainly sum up the best of Moray.”