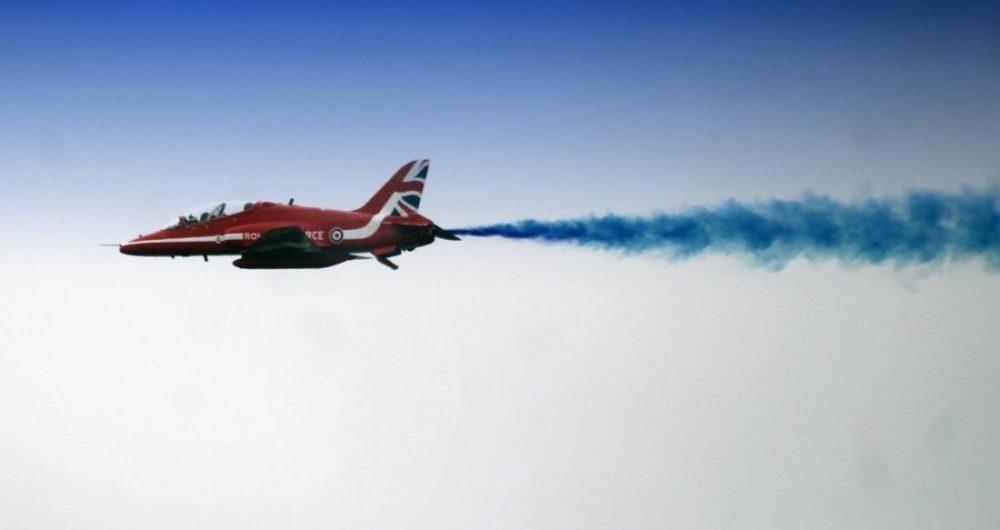 TRAFFIC WAS BROUGHT to a halt around Lossiemouth and heads were turned upwards in various parts of Moray on Saturday when the RAF’s Red Arrows put on a display.

Family and Friends day at the Moray base was the venue for one of two displays in Scotland by the world’s best known aerobatics display team – the other being over Arbroath.

However, the team thrilled thousands as they flew low over other areas in Moray and Aberdeenshire – and even an overcast morning would not stop them putting on a stunning display.

There was, however, a minor emergency during the Lossiemouth display that few onlookers were aware of after one of the nine hawk aircraft suffered a bird strike.  The pilot landed safely at RAF Lossiemouth under the watchful eye of a teammate with the aircraft able to proceed shortly after it was established that no serious damaged was sustained.

The only official public display the Red Arrows had in Scotland was at Arbroath – but hundreds enjoyed a near full repertoire from the display team in Moray, deemed as a ‘private’ event for those serving and working at RAF Lossiemouth.  Traffic around the base came to a standstill as the jets put on their show, with police in attendance to ensure safety.

“I had been aware they were to be here and while disappointed that the event on the base was not open to the public, to be honest I think we had a better view from the Covesea Lighthouse,” Keith Dempsie told insideMoray shortly after the display.

He added: “We all wondered if perhaps the low cloud might put paid to it happening but then they flashed over the lighthouse and we were treated to a magical display.  I was here when they put on a show for Armed Forces day a few years back over the East Beach – this was a lot better though.”

Following their visit to Moray the team conducted a flypast at Edinburgh Airport to mark its 100th anniversary.  As was the case at Lossiemouth, however, there was no public announcement of the event with Edinburgh Airport confirming that they were requested not to publicise the flypast so as to avoid thousands of people turning out at an already busy airport.