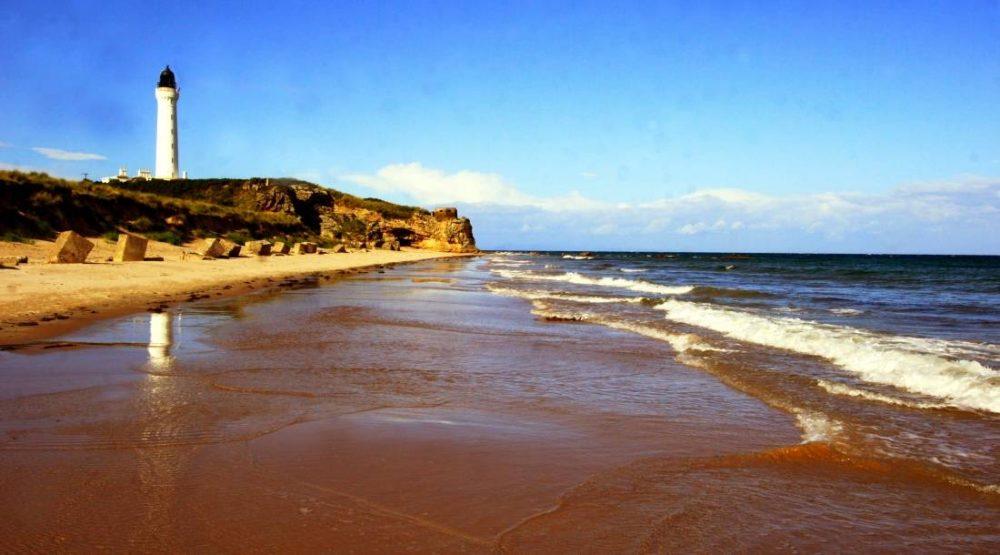 CONCERNS OVER QUICKSAND on one of Moray’s most popular beaches have been allayed after intervention from Moray Council and Scottish Water.

Earlier this week several reports were made of walkers and joggers on the West Beach in Lossiemouth becoming trapped ‘up to their thighs’ in wet sand in an area on which bulldozers had earlier been seen working on a troublesome outflow pipeline.

While several people were given something of a scare no injuries were reported – however, local councillor John Cowe took up the issue with the local authority and contact was made with Scottish Water, who have ultimate responsibility for the pipeline.

Warning signs were quickly put in place and inspections made of the area on which the works had been undertaken to anchor the pipeline under the sand. On Friday, insideMoray was informed that the area should now be safe while Scottish Water also provided an explanation on why the situation arose in the first place.

Scottish Water’s Services Review Manager, Jacqueline Sutherland, said: “Work was not being carried out by Scottish Water but by a contractor on behalf of Veolia, PFI operator, who were carrying out the work on West Beach Lossiemouth to an existing outfall pipe across the beach.

“The pipe had risen and had to be reburied and this was completed on Monday, June 27. The site was checked over and all was found to be in order at that time.

“It appears that the overnight tide stirred up the sand resulting in some soft areas. It was judged that this would require a couple of tides to facilitate reconsolidation – due to this, warning signs were placed on the beach warning of soft sand.

“I understand Veolia have revisited the location and the sand was much firmer with no significant issues identified. Scottish Water has made Veolia aware of the concerns that have been raised.”