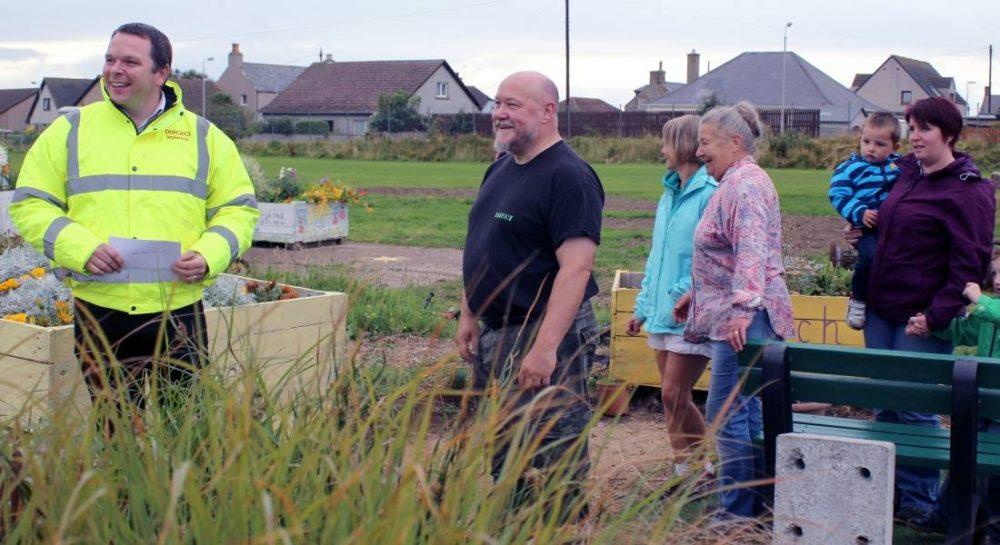 THE GROUP BEHIND one of Moray’s most successful community regeneration projects say that winning cash is good – but they need volunteers to back it up.

Burghead’s Community Garden Project has netted around £12,000 in grants for a project that is widely acknowledged is providing a massive uplift in the local community.

An area that was once a bustling station yard but for years lay derelict is now being turned into a beautiful sensory garden, with plots being developed by a variety of local individuals and groups. The project has been recognised in the form of hard cash from a variety of sources – most notably a £10,000 grant from Tesco which helped the establishment of a poly-tunnel on the site.

The Tesco grant will also meet the costs of covering an old railway platform – it is, however, the placement of the poly-tunnel that is currently of concern for one of the driving forces behind the initiative, Hilary Gloyer.

She said: “The tunnel has always been part of our plans and we managed to buy one after receiving the £10,000 grant from Tesco.

“We are now planning to put it up on Sunday – but our problem is a lack of volunteers. We have all these things to do but do not have the people to get them done, which is a bit dispiriting.

“People do not have to be great gardeners to help – we just need assistance moving and lifting things.”

Plans have been made to erect the poly-tunnel at 1pm on Sunday and it is hoped that volunteers will attend that – and the project annual meeting the following Thursday (July 28) at 7pm in the Church of Scotland Hall, when further plans for the future will be discussed.