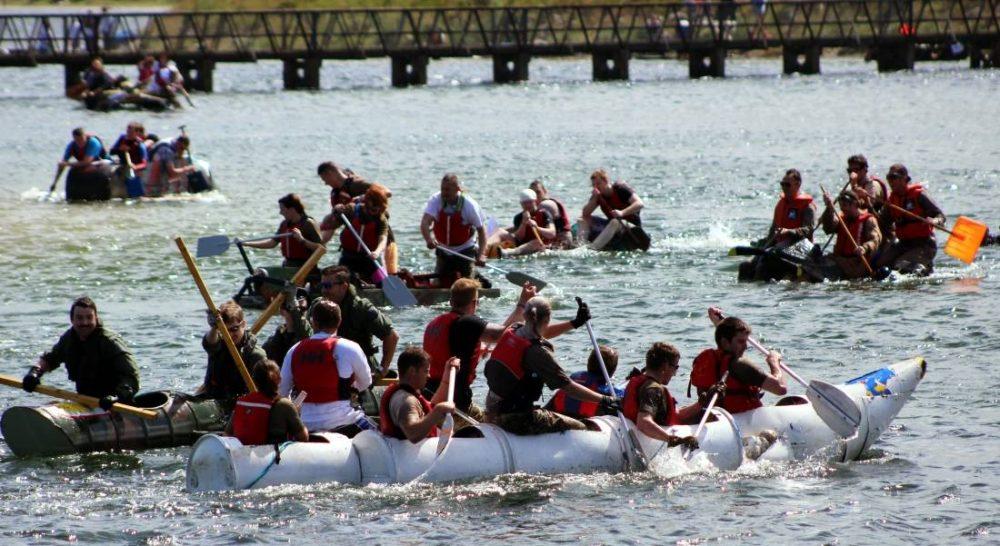 LOSSIEMOUTH IS GEARING up for its second major day out of the summer – the much anticipated and heavily supported annual Raft Race.

With just under a month until the event, the RAF Lossiemouth organisers are encouraging teams and organisations to get their entry forms in soon as possible.

Flight Lieutenant Ollie Harbridge is leading the organising team for this year’s race – he said: “We’ve had a fair bit of interest from companies and individuals wanting to have a stall at the event, and from groups and companies that want to enter a team.

“But some of them have not returned their application forms yet, so I’d encourage them to do that as soon as they can.

“The Rio Olympic carnival theme should mean some great raft designs and fancy dress outfits for the teams and I’m really looking forward to seeing them.”

The race traditionally attracts thousands of people to the banks of the River Lossie while the promenade is lined with stalls and attractions. Teams on the water compete for the coveted ‘Toilet Seat’ trophy.

This year the event is being sponsored by Tulloch of Cummingston while two local charities will be the main beneficiaries – MFR Cash for Kids and Lucky 2B Here.

Anyone wishing to enter a team for the August 7 event is asked to contact Flt Lt Harbridge by email on 15RSQN-OpsInstructorAny07@mod.uk, or for stall applications contact SAC Beth Lehair on 1SQN-OPSSAC1@mod.uk.