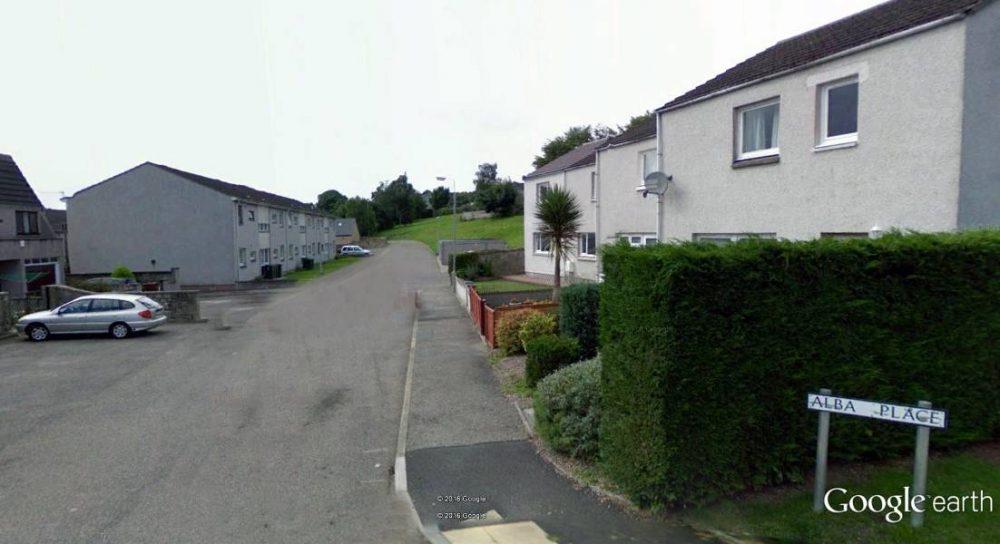 FIRE CREWS RUSHED to an Elgin street on Monday when flames were seen rising high on the side of a home at Alba Place in Bishopmill.

Appliances were called in from Elgin and Fochabers at around 11.30am when a neighbour spotted the flames and thick black smoke rising up the back of a building.

The flames were coming from electricity cabling – but by the time the fire crews arrived the blaze had burned itself out, fortunately having failed to penetrate into the building itself.

Confirming that the two crews had arrived at the scene by 11.30am, a spokesman for the Fire and Rescue Service said: “By the time our crews arrived the that had burnt itself out and had not caused any damage to the inside of the property.

“We received confirmation that the incident had been dealt with – nobody was injured and nobody had to be evacuated.”

Police also attended the incident and have now launched an investigation into the cause of the blaze.