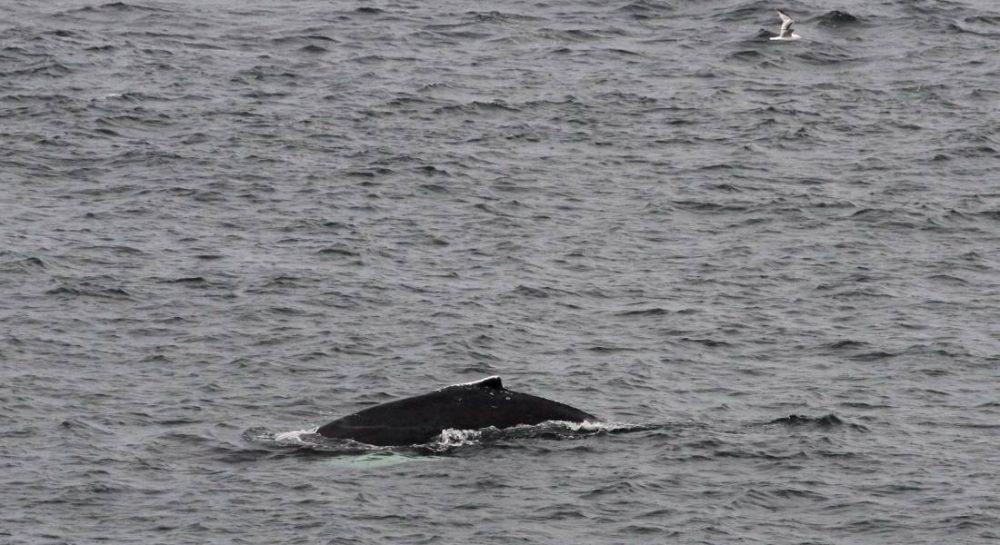 HOPES ARE RISING that visits of Humpback Whales to the Moray coast will be a regular feature with sightings in recent years backed up by more recent visits.

Alan Airey, the regional co-ordinator for the Sea Watch Foundation, told insideMoray that he has already seen a few humpback whales from the Moray coast this summer.

“The first one for this year that I spotted was on Monday, June 27 – it was breaching behind a yacht that was approaching Lossiemouth,” Alan said, adding: “I then had several other sightings from north of Findhorn to Portknockie.”

The sightings are bound to cause some excitement all along the Moray coastline as just a few years ago such appearances were described as ‘once in a lifetime’ on the Moray Firth.

However, several Humpbacks have been spotted all along the coastline from Aberdeen to Chanonry Point in recent years – and many as they passed close along the Moray coastline.

Alan said: “Hopefully humpbacks will now become more frequent visitors to the Moray Firth as they are such charismatic and majestic animals.”

All sightings of whales and dolphins should be reported to the Sea Watch Foundation – in particular during the UK-wide National Whale and Dolphin Watch Week, between July 23 and July 31.

Alan noted: “The aim of this event is to give a general “snapshot” of what is in UK coastal waters over a short period of time. As well as gaining valuable research data, we hope this will draw attention to the conservation of our marine environment.”