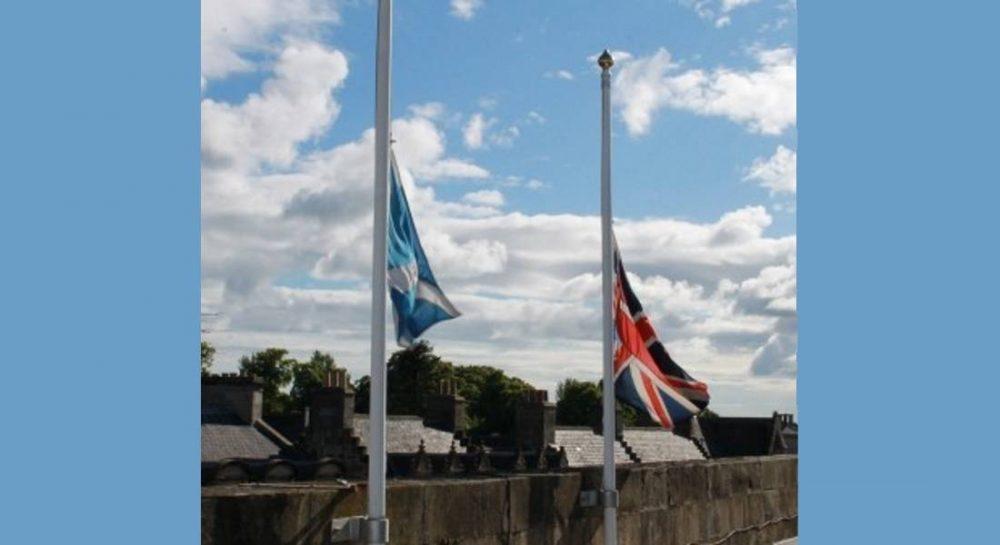 THE CENTENARY OF the most bloody battle of the First World War was marked throughout Moray on Friday.

Many observed a national two-minute silence while flags at the Moray Council HQ in Elgin were lowered to half-mast as a mark of respect throughout the day.

It was on July 1 1916 that the Battle of the Somme saw the first shot fired – it was to last for four months and proved to be the costliest in terms of lives lost throughout the conflict. Sadly, the battle was also the bloodiest fought in the history of mankind – with almost 20,000 British service personnel killed on the first day alone.

Convener of Moray Council, Allan Wright, said it was important to remember the ultimate sacrifices made even one hundred years after the event, with many still living with the memory of Grandfathers who fought and possibly lost their lives in the battle.

“Men from Moray were among those who gave their lives at the Somme and the numbers, from all sides, who were killed or wounded during the campaign almost defies comprehension,” Councillor Wright said.

He added: “That is why, as we commemorate the centenary of the Battle of the Somme, we must continue to honour those men and ensure that they are not simply names on a war memorial.”