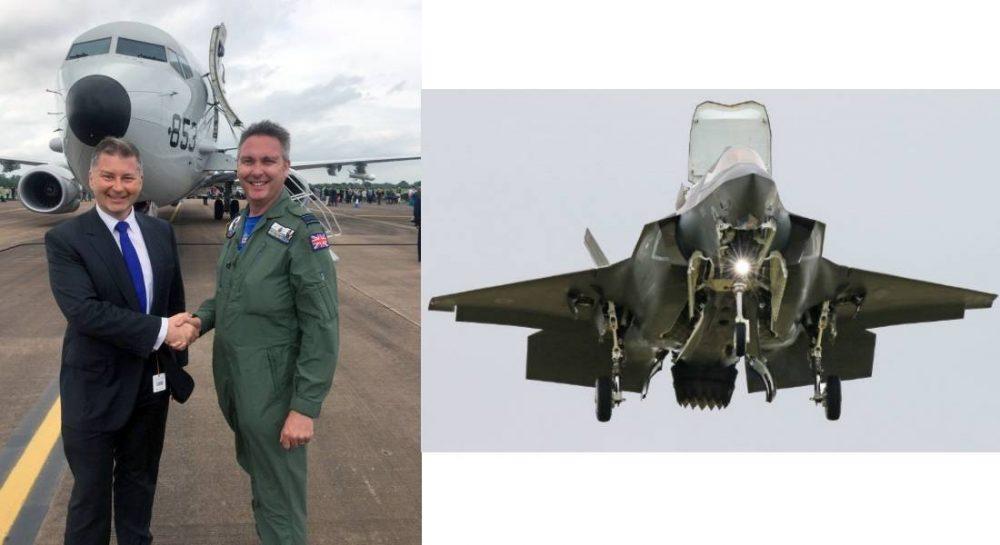 Air Commodore Gale has been tasked with the job of guiding the P8-A Maritime Patrol Aircraft in their purchase from the United States to establishment at the Moray base.

For several years several RAF Aircrews have been working with the United States Navy flying the aircraft under ‘Operation Seedcorn’ – many former Nimrod crews who had been based at Kinloss flying the last MPA operations for the RAF.

Ian was at RIAT over the weekend to meet up with the RAF crew flying an US P8-A – nine of which will be based at Lossiemouth by 2020.

It was not the first time that the capabilities of the aircraft were on show at the UK’s premier air show, with RAF crews having been flying the aircraft for over four years – the Seedcorn project was extended by a further three years in 2015.

RIAT is often used as a platform for major announcements on the future of RAF Aircraft – this year the star of the show was the new F-35 Lightning II, 200 of which are also expected to be fully operational with the RAF by 2020 with the first aircraft expected by 2018.

At one point hopes were raised that the F-35 would form up a squadron at RAF Lossiemouth – however, with one additional Typhoon squadron and the P8-A already earmarked for the Moray base, it has now been confirmed that there are no plans to base the F-35 in Moray.

Last year Ian Gale spoke of the job RAF crews had under Seedcorn in the build-up to delivery of the P8-A to Moray: “We aim to stay very close to the US ‘programme of record’ so that we stay completely integrated.

“We are joining the US training and maintenance programme too, at least for the early years and the biggie – our buy will feature the first ‘Increment 3’ aircraft.

“These have substantial advantages over the previous ones and don’t require hardware modifications.”