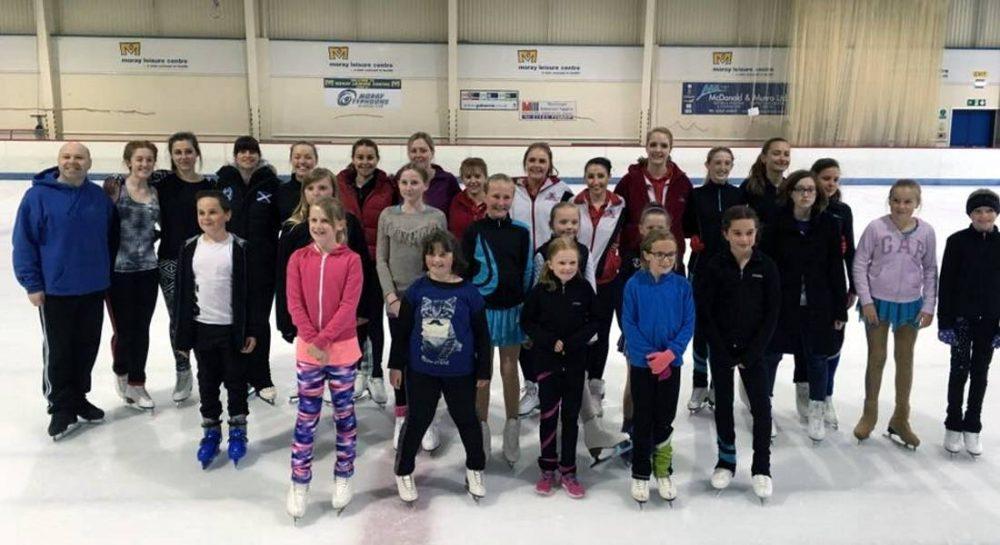 TWENTY ICE SKATERS from throughout Moray had their first look at Synchronised Skating at a special camp led by World Synchro coach Amanda Clinton last weekend.

Amanda was joined in the special Skating Camp by GB coach Sara Paterson and Team GB Skaters Lucky McDonald and Emma Ayrton alongside four members of the Highland Synchro Team.

It was the first time that the discipline was staged at the Moray Leisure Centre rink – but there is certainly scope for many more as Synchronised Skating is the fastest growing team sport accredited by the International Skating Union.

“We are now building on the success of Team Zariba, the British Champions recently returned from the World Championships, who are based in Aberdeen. We are also very fortunate to have successful teams based in Inverness that have competed at national and international level.

“Along with Jon Behari from Caledonia Ice Skating club, testable well respected coaches of these established teams shared their expertise and gave their time to help offer this new and exciting opportunity for the skaters of Moray.
“I wish them every success and look forward to seeing them take their first competitive steps in the very near future.”

Anyone wishing to learn more about the discipline or who would like to join one of the teams now being formed should contact Jon Behari on 07593 571886 or attend the Moray Leisure Centre on Wednesday afternoons from 4.30pm onwards.