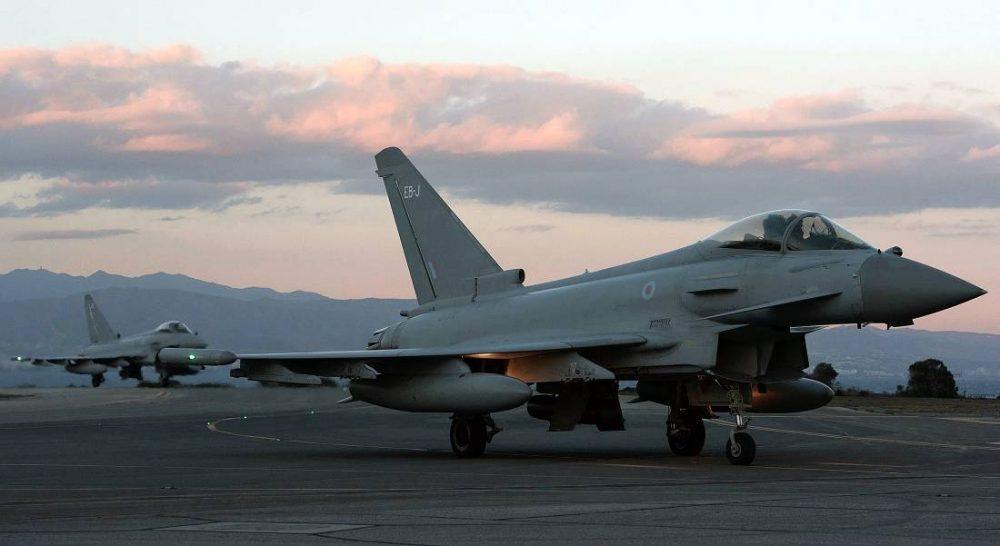 RAF LOSSIEMOUTH TYPHOONS have been conducting almost daily strikes in support of Iraqi ground forces as they continue to press Daesh forces.

The Moray-based detachment conducted successful missions on four of the five days between July 14 and July 19, according to the latest reports from the Ministry of Defence.

A pair of the Akrotiri detachment spotted Daesh personnel using a truck-mounted crane to perform maintenance work on an armoured vehicle near Mosul last Thursday and used their Paveway IV guided bombs to destroy both vehicles.

The report added: “The following day Typhoons operating further west conducted a Paveway bomb attack on a mortar position concealed in a tree-line a number of miles south of Sinjar.

“Typhoons also patrolled over Anbar province in western Iraq on Sunday 17 July. Some miles north-west of Ramadi, they observed a vehicle being loaded with weapons from a terrorist storehouse. A Paveway IV destroyed both the store and the supply truck.

“The next day, again in Anbar Province, Typhoons observed terrorist activity around a tent hidden in a dense palm grove. An attack with a Paveway IV not only struck the terrorists but also set fire to two stockpiles of ammunition and equipment and damaged a Daesh truck parked nearby, again under the trees.”

Paveway’s were again when Typhoons were joined by Tornado GR4s against a mortar position near Qayyarah and south-east of Mosul on Tuesday.