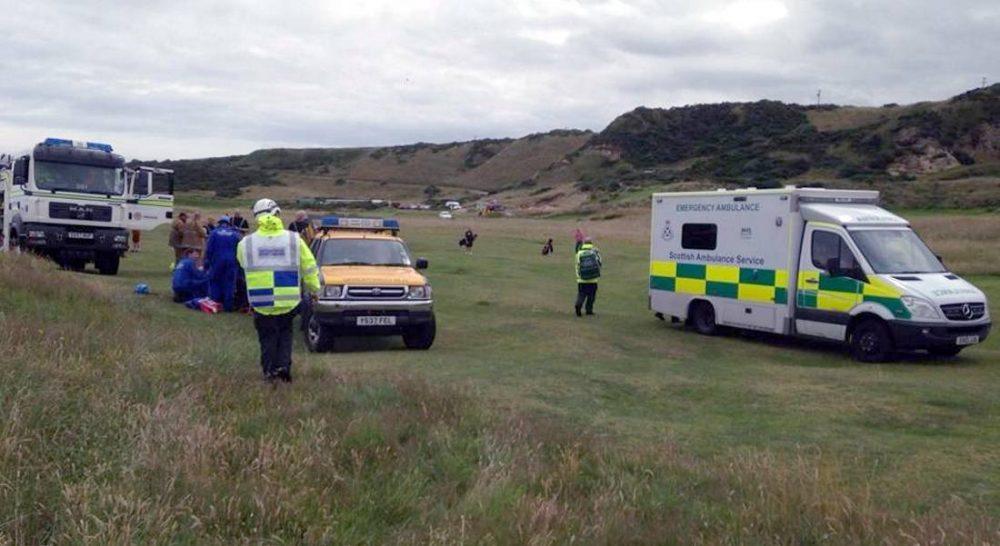 COASTGUARD RESCUE TEAMS from Lossiemouth, Burghead and Buckie joined the Buckie Lifeboat, Fire and Rescue, ground and air Ambulances and police at a major rescue operation on Saturday.

The rescue teams were called to Covesea near Lossiemouth at around 10.30am when reports arrived that a woman had fallen 20feet and struck her head on rocks.

The joint effort to help the woman, who is understood to have been out walking along the coastal trail at the time of the accident, saw ground and sea rescue crews assisting before the air ambulance transported the woman to Raigmore Hospital around one and a half hours after the emergency was called.

A Police Scotland spokeswoman said that the woman had remained conscious throughout the rescue having suffered from a head injury that was “not serious”.

Elgin’s fire station manager Gordon Morrison said that the woman was initially unconscious when crews arrived at the scene, saying that the woman had slipped between two boulders: “I think she got away with it – it is incredible she came away without massive injuries.

“There was not way of moving her but we were lucky the tide was out – but it was coming back in so we were fighting against the elements.”

A spokesman for HM Coastguard in Moray issued a plea for anyone walking along cliff tops to be careful as conditions can be particularly difficult following recent heavy rainfall.