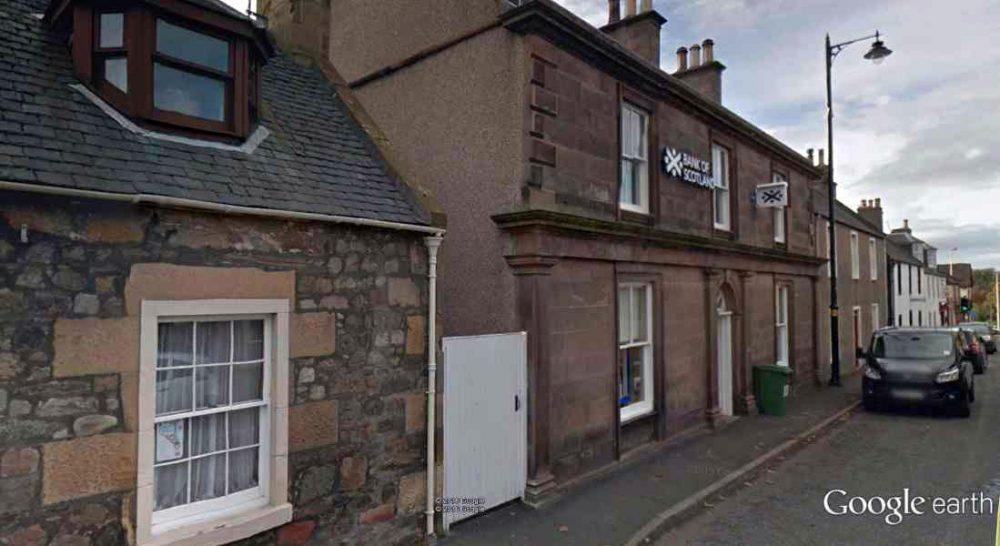 RESIDENTS IN A MORAY village that is being hit by the latest round of branch closures by the Bank of Scotland have hit out at the decision.

It was revealed on Wednesday that the branch in Fochabers would be closing along with those in Aberlour and Cullen – and 20 other branches in other parts of Scotland.

Business and personal customers hit out at the decision to close all three branches – but in particular at Fochabers, where residents are pointing to a thriving community that has seen an increase in business and visitors since the A96 by-pass relieved traffic congestion through their community.

Writing on insideMoray’s Facebook page, local Mandy Docherty said that the local branch was “always busy” – despite a recent reduction in opening hours.

The Bank of Scotland say they plan to close the branch in November – but local businesses point to the fact that the branch was the only bank left in the village, and as a result several had switched their accounts to the BofS.

“I worry what kind of signal this is going to send out,” local chemist Gordon Christie said, adding: “Fochabers is the business centre for everyone around a ten-mile radius.”

Other residents have expressed fears that the closure will now deter businesses who were thinking of moving to Fochabers from doing so.

A spokesman for the bank insisted that the decision was taken as a result customers using the branch “less often” – prompting another local resident to respond: “Of course their figures will show it being used ‘less often’ – they have slashed the opening hours of the Fochabers branch making it much more difficult for people to actually use the bank.

“Yes, it is understandable that trends are towards internet banking – but how does that fit with local businesses who still deal in cash transactions?”

The Bank of Scotland are now facing a series of protests with local MSP’s, MP’s and Councillors all having pledged to write to the bank.