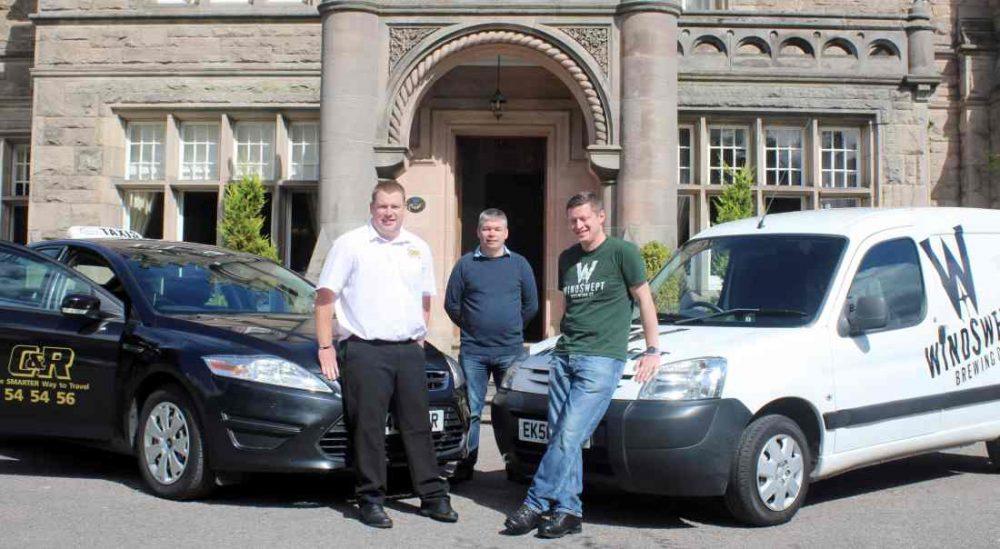 Moray Darts Fans are being offered a glimpse of the future when professional darts is brought to the Elgin Town Hall next month – with eyes firmly set on raising funds for the Royal Air Force Benevolent Fund.

On the oche will be PDC professional Michael ‘Bully Boy’ Smith, a protégé of world champion Gary Anderson, alongside local boy Craig Quinn – who has been selected to represent Scotland in two international events already this year.

Michael Smith took up darts “out of boredom” when he broke his hip as a 15-year-old – and managed to score his first 180 standing with the support of crutches! He has risen through the ranks since, winning his first PDC event with a 6-5 win over Dave Chisnall in a UK Open qualifier.

Elgin part time professional Craig Quinn is employed by Johnstons of Elgin – and takes on competitions around the world, including the Romanian and Dutch opens this year.

The exhibition is the brainchild of RAF airman Stuart Smylie, who organised a similar event at the Lossiemouth Town Hall last year: “That was in support of Logan’s Fund and saw PDC professionals Robert Thornton and Huntly boy John Henderson make an appearance.

“I chose the RAF Benevolent Fund this year as it is a such a well-respected and supported charity in Moray – and as being in the RAF myself I understand and appreciate the great work and many ways the fund supports the RAF family serving and retired.

“I’m delighted that C&R Taxis came on board as our main sponsor for the event which is also being supported by Windswept Brewing Co, while the Mansion House Hotel & Country Club have very kindly provided accommodation for Michael and event support staff.”

The exhibition takes place on Sunday, August 28 at 7pm with tickets available at £25 for VIP access and £10 for standard access.

Stuart added: “We also have sponsorship opportunities for small local businesses who wish to show their support, including just £30 to have their logo on prominent signs at the event – and I would be grateful to local businesses who might wish to donate prizes for a raffle on the night.”