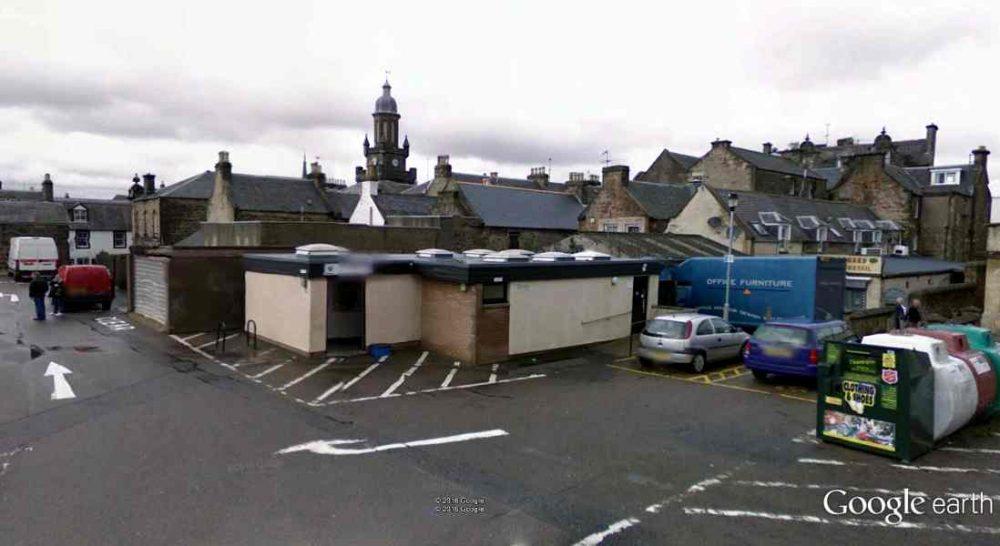 THE PENSIONER TRAPPED in a Moray public toilet overnight while a widespread search was under way to find her was not the first to fall victim to community volunteers failing to check nobody was inside when locking up.

As council chiefs pledged to review their arrangements with local community groups, it has been revealed that a man was locked in at Lossiemouth – but he thankfully managed to escape by using his mobile phone to call for help.

Lossiemouth based councillor John Cowe said that both toilet blocks on the town’s Esplanade are closed each evening by local volunteers – a necessary precaution against continued vandalism, a fate that had also been faced by the Forres toilet block in which Norma Webster took refuge after falling ill.

Councillor Cowe said: “The toilets in the Station Park and at the Esplanade are opened and cleaned by the Council in the morning and are closed by volunteers in the evening on a rota basis.

“In fact I almost locked someone in some time ago and only last week a gentleman was locked in for an hour at night. Thankfully he had a mobile phone to call for assistance. Unfortunately, they have to be closed at night because of actions of mindless vandalism.”

Moray Council has launched a review of procedures, a spokesman saying: “The review will look at procedures as they currently exist to decide what improvements are necessary to ensure such an incident does not happen again.

“That will apply to all toilet facilities, of which there are several, which are locked and unlocked by community volunteers. These have worked well over the years and we are grateful for the service these volunteers provide – but clearly, in the light of this unfortunate incident, we need to review these arrangements and learn any lessons.”

The Lossiemouth toilets will be the subject of discussions next week between council officials and the Lossiemouth Community Development Trust, who are bidding to take over the management of the toilets as part of their Community Asset Transfer plans for Station Park.

A spokesman for the Trust said: “While our plan would involve the use of community volunteers we would also seek to employ someone to look after both toilet blocks alongside other duties along the promenade.

“We have already taken note of the unfortunate incidents in Forres and Lossiemouth and would take account of these in future planning.”