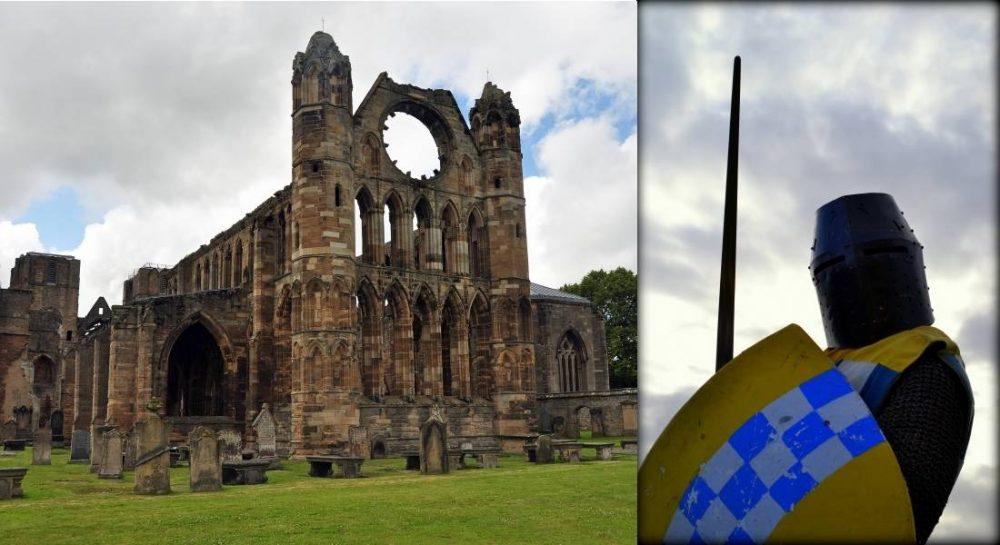 A SEARCH IS BEING launched for a song title that best depicts the reported antics of one of Moray’s most legendary historical characters.

As Elgin prepares for its ‘Sword, Fire and Stone’ event in Cooper park next week, organisers have teamed up with Sound and Vision in Elgin to invite people in Moray to come up with the song title most appropriate for the antics of the Wolf of Badenoch.

The infamous third son of King Robert II of Scotland, who lived from 1343 until 1405, was intent on an act of revenge when he marched on Elgin with the intention of burning down the Cathedral.

He was forever more known as the Wolf of Badenoch – now the search is on for the best answer to the question – If he were around in 2016, what music title would be most appropriate to describe him?

Entry forms and details are available in-store at Sound and Vision in Elgin until August 14 with the winner suggestion receiving a store voucher – while Keith Community Radio will feature the top-ten pieces of music.

Sword, Fire and Stone is a free event in Cooper Park over two days on August 13 and 14 that will see the park transposed into a Medieval Encampment, recreating a village that shows how life was in the 1390’s.

This was a truly traumatic period in Elgin’s history when the Wolf of Badenoch, aka Alexander Stewart, arrived with his army in Elgin bent on finding his estranged wife, who he believed had claimed sanctuary in Elgin Cathedral.

Visitors will be able to wonder through the ‘Wolf’s Lair’ – if they so dare – or take a safer path through the myriad of demonstrations of traditional crafts and cooking of the period. The equestrian team Riders of the Storm will demonstrate their brave stunts while a Falconer will fly some beautiful birds of prey.

Food and drink and a range of quality traditional crafts will also be on display in what is the signature event from the Castle to Cathedral to Cashmere project Events & Activities programme.

Jim Royan, Chair of the Castle to Cathedral to Cashmere project said: “We have some great events lined up over this weekend and we really urge the people of Moray to get involved in these activities.
“Thinking of a music title, my first thoughts are Bad by Michael Jackson – but I am sure people can beat that!

“It is also particularly important that we are reaching our younger generation who can take part in a colouring in competition supported by WH Smith and attend various activities provided by the Centre Management staff at St Giles Centre.

“It is important to stimulate the imaginations of our younger generation, who in turn will be our future custodians and keep Elgin rich heritage alive.”

Here are seven suggestions from the editor – who will not be entering them so get in quick!