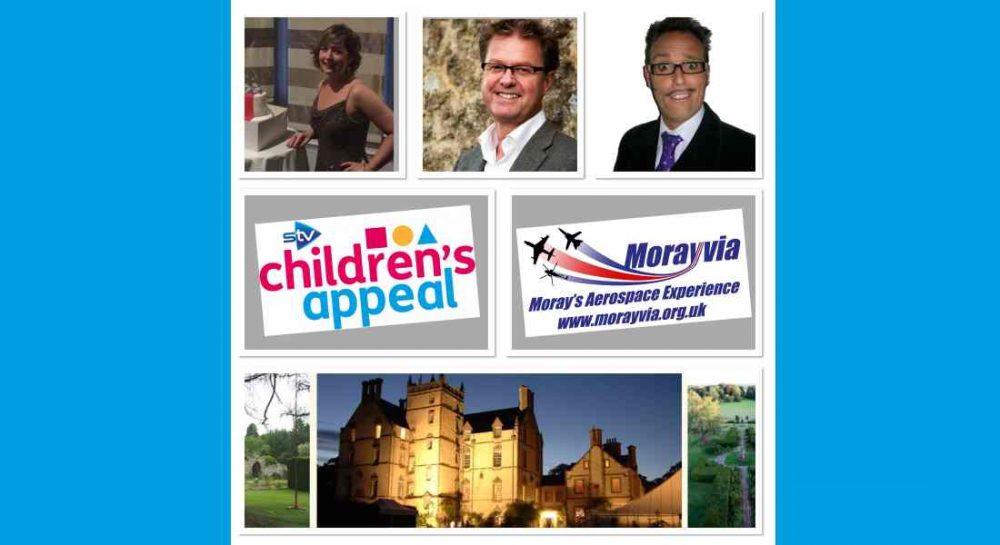 A UNIQUE FUNDRAISING event being planned for Moray next month will see a joining of local group Morayvia with the STV Appeal – with the evening filmed for later screening on the national TV channel.

Organisers of the fundraiser say that guests can expect an evening of exclusive and unique entertainment – with hopes high that the local community will embrace the idea.

Innes House is the spectacular setting for the September 17 event in aid of the Morayvia Aviation Experience and The STV Appeal, which helps Scotland’s children living in poverty.

The charity union was made following STV’s news coverage of Morayvia and the realisation of a common goal of making a difference in the local community.

The owners of Innes House have very generously donated the use of this stunning venue for an evening which will encompass a four-course dinner catered by 1629 restaurant in Lossiemouth, screening of dramatic scenes from STV’s ‘Rescue’ series and Q&A with the real-life heroes and stars of the show, plus maverick Cuban magician Manuel Martinez and music from top North East band Current Affair.

As part of the entertainment there will be an auction chaired by Jonty Hearnden of TV show ‘Cash In The Attic’ and star items include dinner for two with the UK’s top crime novelist Ian Rankin and a personalised picture by celebrated pop artist Michael Forbes.

It’s anticipated there will be a high level of interest in attending the event and people are encouraged to snap up the £50 tickets quickly, with just fifteen tables of ten available.

The event will be filmed and footage from the evening will be transmitted on the STV channel on Friday, September 23 as part of the Big Live STV Appeal show, presented by Lorraine Kelly.
Contact for tickets is Morayvia’s Mark Mair by email to Rescue137@msn.com