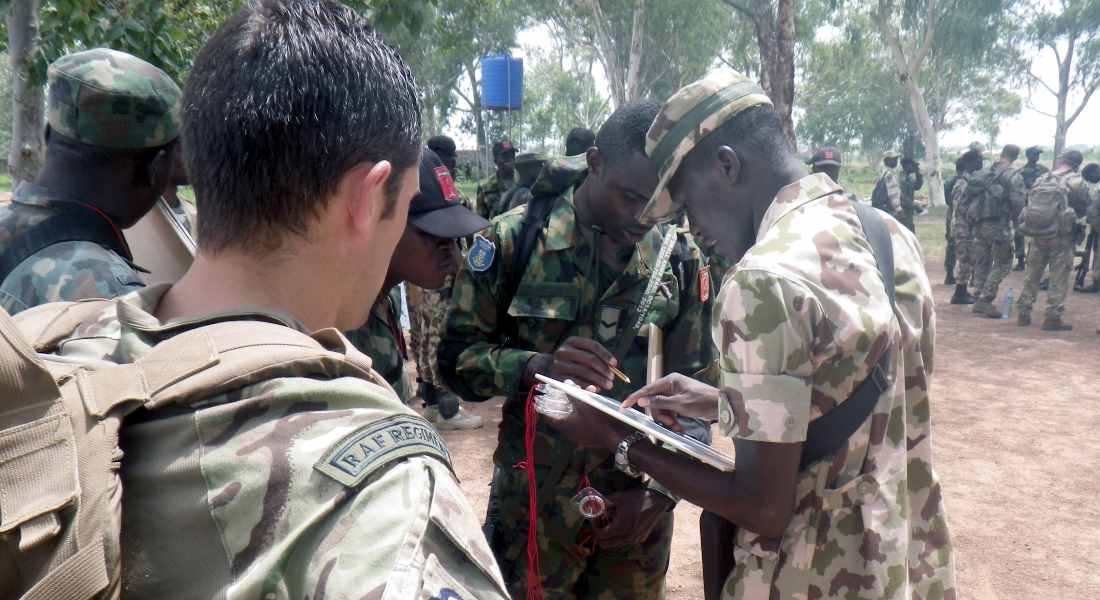 KNOWLEDGE AND TACTICS developed by the men and women of Lossiemouth-based 5 Protection Wing of the RAF Regiment are being used in the fight against Boko Haram.

Personnel from Moray have recently returned from a second deployment during which they were training their counterparts in the Nigerian Air Force Regiment, who are involved in operations against the terrorist organisation.

Speaking of the role being played by the RAF airmen, UK Defence Secretary Michael Fallon commented: “We stand united with Nigerian efforts to defeat this brutal terrorist organisation. That is why we are increasing our support to their armed forces as they fight extremism.”

In total 35 regular and reserve personnel drawn from 51 Squadron and 2622 (Highland) Squadron were deployed for five weeks as support for the British Military Advisory training team in Nigeria, spending time guiding the trainees through battlefield lessons and exercises.

Around 100 Nigerian trainees were mentored by the RAF Regiment through four phases of training. These began with a foundation week where the RAF Regiment instructors worked to confirm and enhance the Nigerian Air Force Regiment’s individual skills encompassing shelter building, camouflage, basic navigation and ground sign awareness. Phase two focused on mentoring the Non-Commissioned Officers in how to command and lead a team of seven personnel. This was achieved through lessons and then practical application in battlefield exercises which included patrolling, minefield extraction, reacting to improvised explosive device strikes and indirect fire attacks.

Additionally, the Officers received training throughout the week on how to conduct planning for force protection operations.

The penultimate phase allowed the Nigerian officers to command up to 30 personnel in tactical scenarios organised and run by the RAF Regiment instructors. In the final phase there was a physically and mentally demanding four-day exercise operating on and around a civilian airfield.

“To a man, or woman as there were three on the course, they were fully deserving of graduating from the training package. Most importantly, they approached the training with good humour, a willingness to embrace new skills and a positive outlook which did them credit.

“Although relatively short in duration, the package has been sharp in delivery, requiring a combination of fitness, robustness and mental agility – from both the UK personnel and their Nigerian peers and neither have been found wanting.”