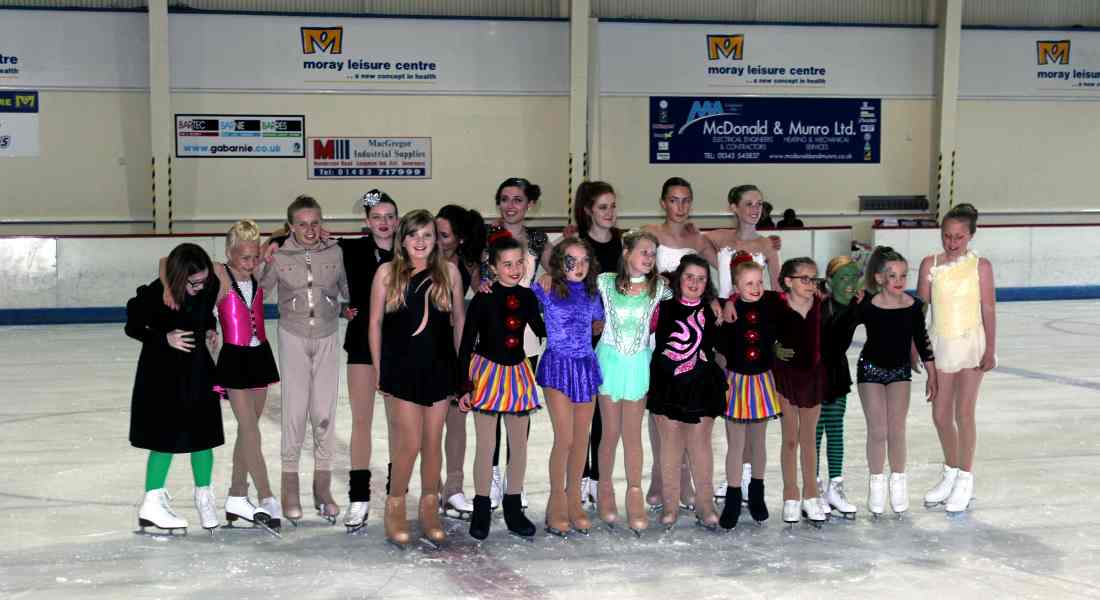 MORAY ICE SKATERS were performing at the weekend in front of a packed arena at the Moray Leisure Centre as they sought to ‘Become an Ice Star!’

The Summer exhibition saw skaters of all ages and abilities given the chance to showcase their own programs – chosen, created, rehearsed and performed entirely from their own efforts.

Minimal guidance from either choreographer, coach and mentor Jon Behari was on offer as they youngsters went through their solos, duets, trios and group acts – and all had their moment to shine.

There was a special guest appearance and improvised collaboration by Fiona Kyle of ‘Inspirational Harping’ while Jon also performed a surprise routine.

Jon is offering Skate UK lessons at the rink every Saturday morning from 9am until 10.30am from September 17 following the ice rinks annual maintenance schedule.