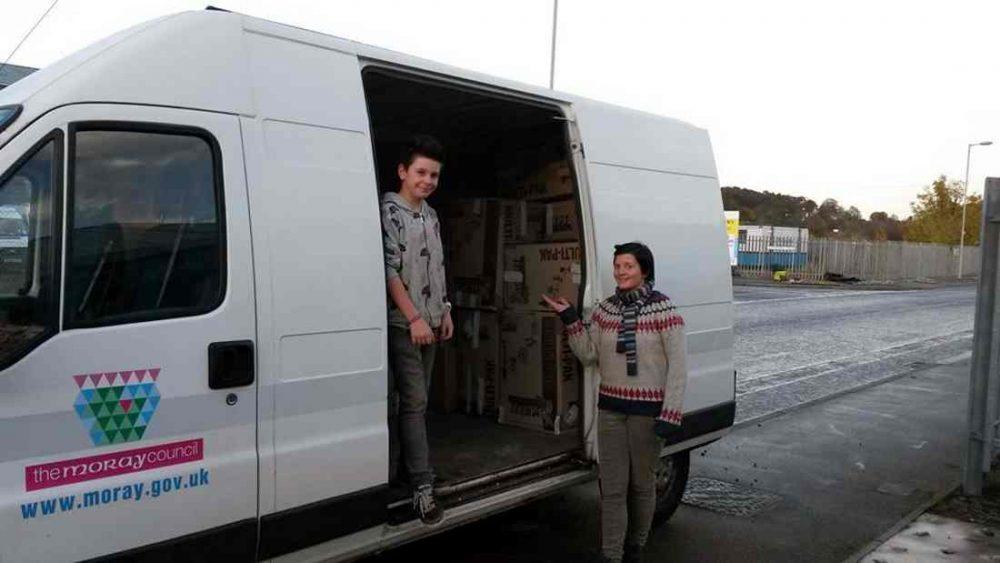 THE MORAY JOINT COMMUNITY group formed to lend support to Syrian and other refugees being resettled in Moray are being praised for their “outstanding” to the process.

In a report being placed before members of Moray Council’s Community Planning Board this week, councillors are being updated on progress in the regions contribution to resettling refugee families.

They are being told that eight adults and seven children – aged between 10 months and 12-years-old – were resettled in Moray as part of the national scheme. The families – four in number – have been relocated to three council homes and one housing association property in Forres.

Two of the children have settled into a local primary school while the older child is preparing for secondary education, with the report adding that the early weeks were a busy time for the families as they acclimatised with the help of an appointed social worker.

Report author John Ferguson said: “Families have received benefits but there have been a number of issues around child benefit and tax credits in particular which have required intensive work by welfare rights officers and Department of Work and Pensions (DWP) colleagues at a local and national level to resolve.

“The families have a number of complex health issues and appointments tend to last longer than normal as an interpreter has to be present. This has created pressure in the Forres GP practice.

“Steps such as learning how to use language line and make more use of the pharmacy service have been put in place. There was some difficulty accessing a dental practice near Forres and the nearest available is in Lossiemouth which is currently being used, adding to the cost of transport.”

Noting the role played by community volunteers, the report adds: “The voluntary input coordinated by Moray Supports Refugees (MSR) has been outstanding and their involvement over the period from announcement to now has been essential and valuable.”

The report points to “positive signs” that integration is beginning to happen with their new communities, however it adds: “There are still a number of issues that create difficulties such as family reunion. The families generally have low levels of literacy and require more ESOL support. The high cost of interpreters is eating into the money provided for their support.”

At least one further family is expected to be homed in Moray, the report adds, with the offer of accommodation having been made to the Home Office who are currently evaluating the programme in Scotland – where around one third of the UK total of refugees rehomed so far have ended up.