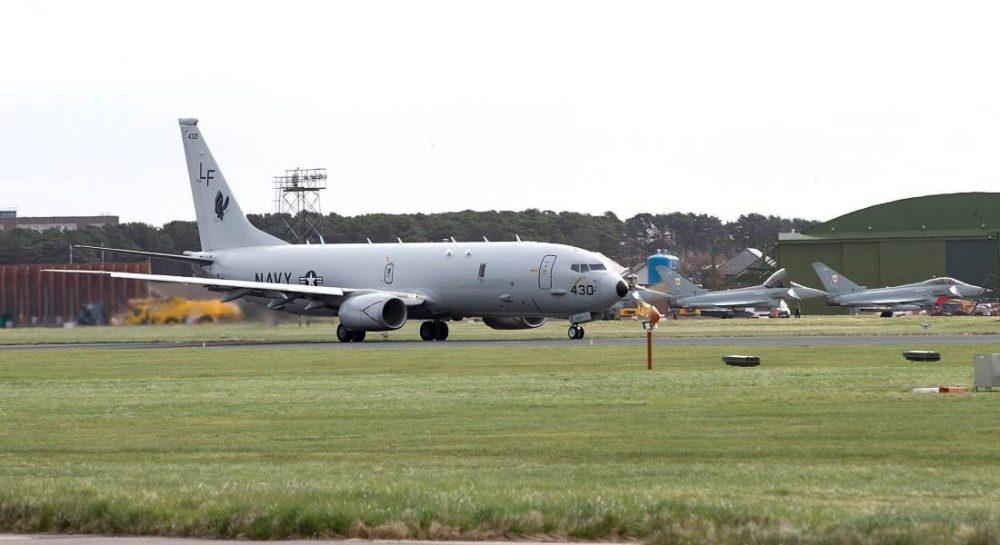 THE FIRST TWO Poseidon P-8A aircraft ordered from Boeing in the United States for service at RAF Lossiemouth should be built by July next year.

A formal order for the two aircraft – the first in nine in total that will eventually be deployed at the Moray base – has now been placed.

The confirmation came in a statement from the US Department of Defence which said: “The Boeing Co., Seattle, Washington, is being awarded a $68,409,026 modification to a previously awarded advance acquisition contract.

“This modification provides for long-lead parts and efforts associated with the manufacture of two full-rate production 4 Lot 8 P-8A Multi-mission Maritime Aircraft for the government of United Kingdom under the Foreign Military Sales program.”

The work will be conducted mainly in Seattle, Washington with components completed in Baltimore, Maryland, New York and in the UK at Cambridge, with the statement confirming the work “is expected to be completed by July 2017”.

No British weaponry will be included in the first batch, that revealed by Secretary of State Phillip Dunne when he said in response to a Parliamentary Question: “The Department intends to bring the P-8A into service without significant modification to ensure the delivery of operational capability as soon as is practicable.

“There are no current plans to integrate Storm Shadow or other UK manufactured weapons onto the aircraft.”