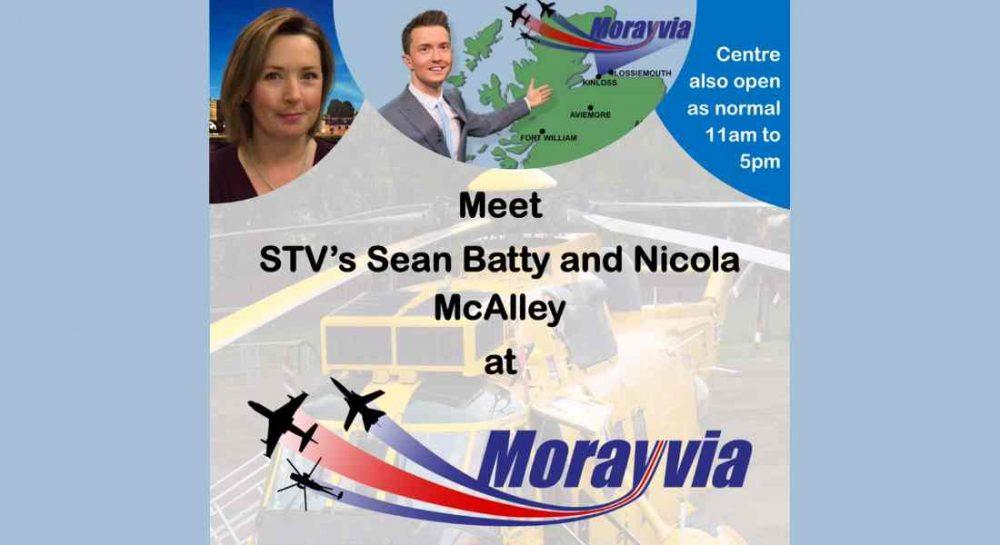 TWO SCOTTISH TELEVISION news stalwarts are heading for Moray this weekend to see for themselves the progress at one of the regions star attractions.

STV reporter Nicola McAlley is no stranger to the region, reporting headline stories regularly from Moray for the national broadcaster.

She will be joined by colleague Sean Batty, who has carved out a position for himself as one of the most popular weather announcers on our small screens.

The pair will be visiting the Morayvia Science, Aviation and Technology centre in Kinloss tomorrow, where they will be given a tour of the facility – and will be happy to chat with other visitors.

“We are delighted to welcome Nicola and Sean to the centre,” Morayvia chairman Mark Mair said, adding: “Nicola has been before, reporting on our opening and the arrival of our Sea King.”

During the visit the pair will accept a cheque on behalf of the STV Children’s Appeal which is the result of fundraising conducted on its behalf by Morayvia. The Lord Lt of Moray, Grenville Johnston, will present the cheque when the guests arrive at 11am.

Nicola and Sean will be remaining at the centre until noon for a visit that is also a precursor to another link-up between the STV Appeal and Morayvia.

On September 17 a joint fundraiser is being hosted at Innes House which will be filmed by STV and feature on the STV’s ‘Big Live’ appeal show on September 23.