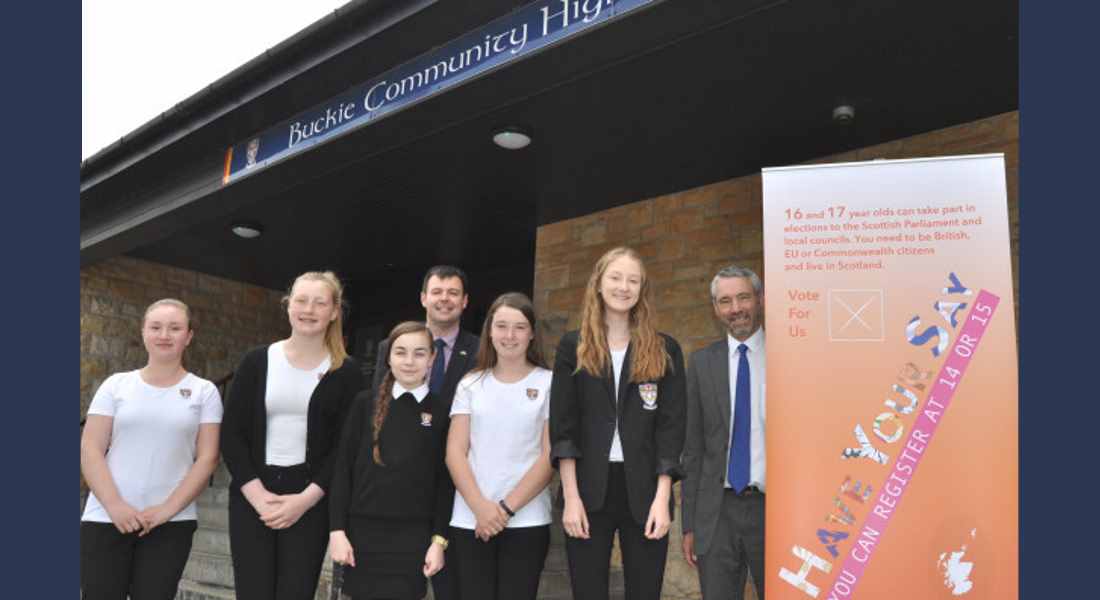 A TEAM FROM BUCKIE HIGH SCHOOL have produced a winning formula for encouraging sixteen and seventeen year olds to use their newly acquired voting rights.

Five girls from the Moray school created a design that will now appear on pop-up banners and leaflets which in turn will be distributed to schools and other locations.

Under recent legislation piloted in the last Scottish Independence Referendum, sixteen and seventeen year olds are now eligible to vote at Scottish Parliamentary and local elections – with pressure increasing nationally for the right to be extended to UK-wide elections.

Mr Milton said: “The pop-up banners and leaflets will be distributed to all eight secondary schools in Moray to help raise the profile of voter registration among young people to coincide with the annual household canvass which is currently under way and ahead of the local government elections in May next year.”

Similar design competitions were held for secondary pupils in Aberdeen City and Aberdeenshire.