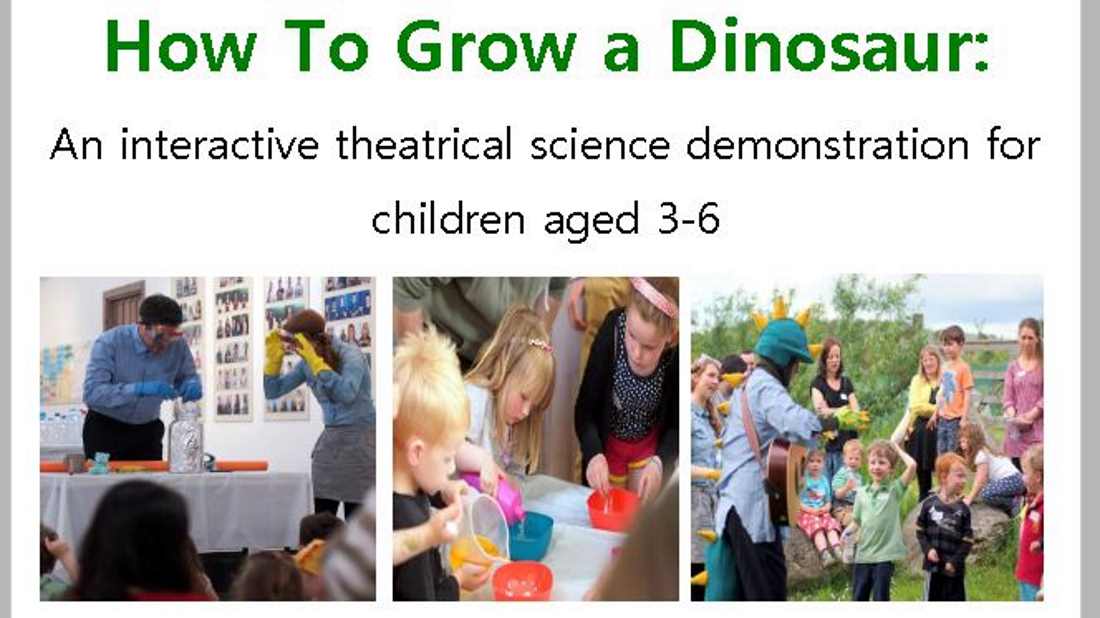 CHILDREN BETWEEN THE ages of three and six are being invited to the Falconer Museum in Forres next week – and attempt to grow their own Dinosaur.

That is the hoped for outcome from an interactive science event using transmogriphication (the ability to transform in a surprising or magical manner).

Hosted by Professors Heather Fulton and David Rankine, the event will cook up a recipe that is 5ml of science, 10ml of live music, 50mil imagination – and 100ml of fun that will entertain and education the youngsters attending.

The Museum will be open throughout the weekend, with loads of hands-on activities too.

Liz Trevethick, Project Development Officer (Heritage and Tourism) said: “Goodness knows what might grow out of this but it certainly sounds fun and exciting and we hope will be hugely appealing to youngsters (and their parents!).”

The event is hosted by Frozen Charlotte, a production company producing theatre for early-years children in Scotland.

Tickets cost £3 per person with Family tickets at £10 (two adults and two children or one adult and three children). Places are limited so advance booking is recommended through the Museum on 01309 673701.