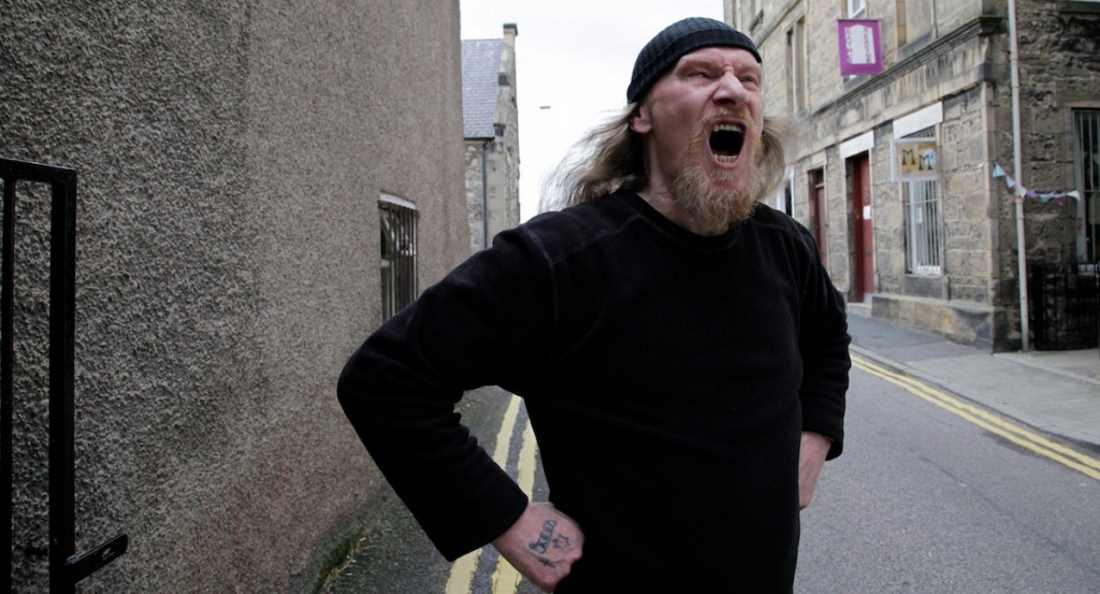 THE HYBRID FEATURE FILM shot several years ago in Forres is finally to receive its UK Premier at the prestigious Raindance Film Festival in London.

It will be the fifth high-profile festival appearance for Bodkin Ras, a production created by Kaweh Modiri that was shot in and around the Moray community and featured many well-known local characters.

However, all previous festival screenings of the movie have been at international events – making this the first UK showing.

Bodkin Ras is described as a dark Scottish thriller about a young fugitive who arrives in a remote Scottish town for a fresh start. The film is a mix of documentary and fiction, where the real stories of the town’s inhabitants are as fascinating as that of the only acted character – Bodkin.

It is produced by Revolver Amsterdam, and co-produced by Inti Films in Belgium and Blue Iris Films in Scotland.

The only acted character in the film is Bodkin Ras, played by the director’s childhood friend Sohrab Bayat. Bodkin arrives in the town on the run – and the film explores the reactions of the real inhabitants of the town towards the arrival of the mysterious incomer. This blurring of documentary and fiction creates an unusual and unnerving cinematic experience.

The film first screened at International Film Festival Rotterdam, where it won the prestigious FIPRESCI Award – it then had its US premiere at the SXSW film festival in Austin, Texas.

That was followed by the Netia Off Camera Film Festival in Warsaw, where it won both the Making Way Prize and the Grand Jury Prize. Bodkin Ras was then screened at Mammoth Lakes Film Festival, where the film won the Jury Prize.

Last month the film began its theatrical distribution in the Netherlands, with sell-out screenings at the innovative Eye Film Institute in Amsterdam. The film was widely lauded by the Dutch press.

Ahead of the London showing, Kaweh Modiri said: “This film is shot in the UK, with a largely UK cast, dealing with social issues that are highly relevant to the current state of affairs in the UK.

“I am very excited about showing the film in London, in one of my favorite cinema’s there – VUE Piccadilly. I will be present for the UK premiere together with a part of the cast and crew and am very much looking forward to it.”

Katie Crook, Scottish Co-producer for the film, added: “As soon as we arrived in Forres we were basically getting involved in the local life, making friends so that we really knew who to approach to be in the film.

“Kaweh gained local trust and respect and we went from there. It was unlike any other film shoot, in that the shooting schedule was very fluid and we had to be quick on our feet as live events occurred.

“It was lots of fun and everyone is still close. We see the Forres actors often and try to get them involved in the festival run as much as possible – we’ve made good friends with Forres.”

To find out more about Bodkin Ras and watch the trailer visit the film’s website.