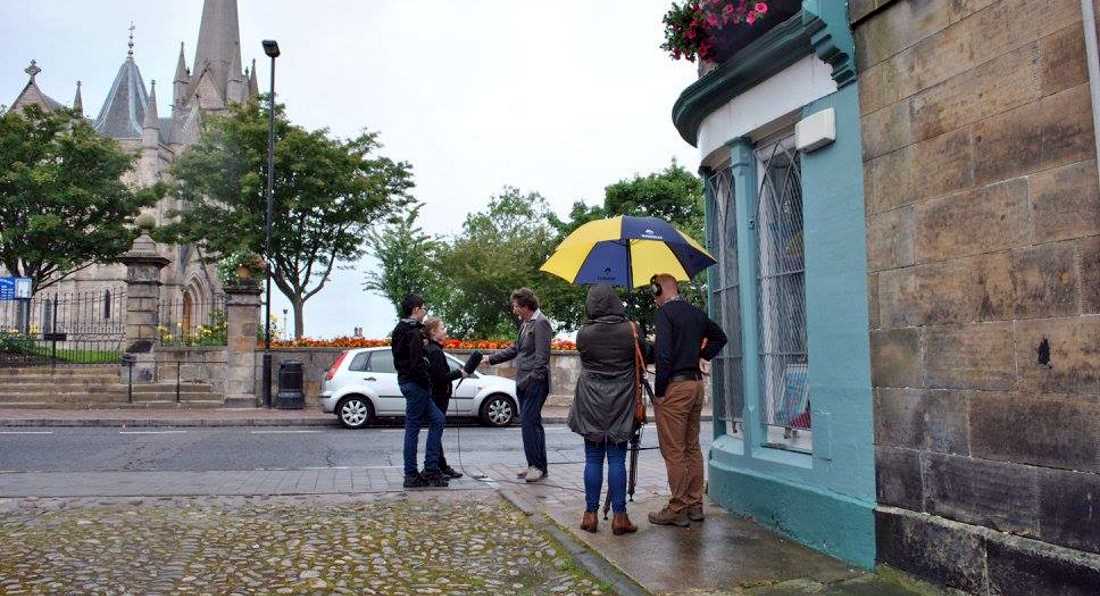 A NEW FILM that features the past and future of Forres through the eyes of local people will be shown for the first time later this year after securing project funding.

Creative Visions Moray (CVM) has been behind several projects in the region after being formed three years ago with the aim of producing meaningful, people-centred heritage films.

Now their Forres project has received backing from the Berryburn Community Fund – and that will allow the project to be completed with a date for its first screening at Forres Town Hall set for Saturday, December 3 at 7.30pm.

Yvonne Findlay, founder of CVM whose projects have been in collaboration with Floodfilm, said: “The films we produce are personal and community narratives that feature the work of local artists and musicians.

“The Forres project, which is being shot in collaboration with Filmcraft Moray, is the fourth in the series of films produced by CVM who have the mission statement of ‘Narrating the Past for the Future’.

“I believe it is very important to inspire a connection with heritage to promote a sense of belonging.”

The Forres heritage/community project has received support from the Falconer Museum and Forres Heritage Trust – but it is the people of Forres who are the stars in the film, including pupils from Forres Academy and Andersons Primary School.

Yvonne said: “Pupils have taken part in the project to learn film-making and animation techniques = filming has taken place throughout the year to capture key events in Forres, while behind the scenes footage reveals the unique community spirit of the volunteers of the town.

“The film contains archive and cine film courtesy of Forres Heritage Trust – we have tried to include as much of the highlights of the past year in the town.

“However, it is impossible to include absolutely everything that has happened of note in Forres this year and that is an indication of how hard so many people work to make the town a lovely place to live in and to visit.”

All the music of Creative Visions Moray Films is original and by local artists. The music of the Forres production is by Ronnie Thain, who be performing with friends after the screening in December.

Tickets for the premiere screening of The Forres Film and entertainment from Ronnie Thain and Friends are available at The Hub on Tolbooth Street Forres.