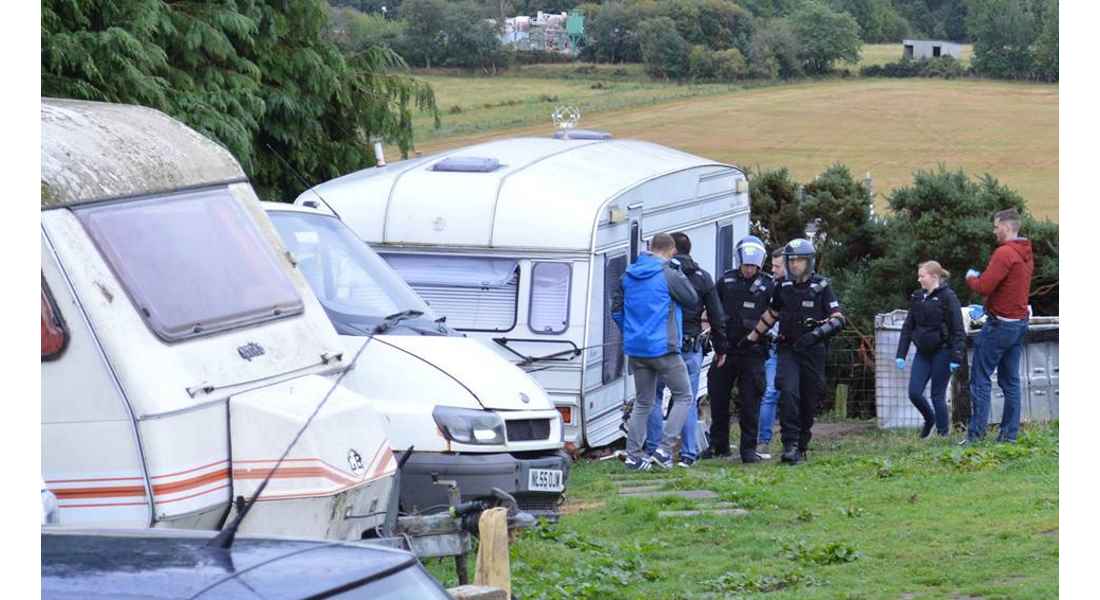 Local officers were supported by other from throughout the North East Division as well as specialists from the Operational Support Unit in Inverness.

Under ‘Operation Aspen’, a total of seven warrants were acted upon in Elgin, Lossiemouth and Forres. As a result three men were detained – and a 56-year-old male will be reported in relation to attempting to pervert the course of justice, while a 16-year-old male is being reported for disorder offences.

Support in the initiative was also supplied by Moray Council’s Trading Standards Unit.

Having led the operation, DI Norman Stephenson said: “This operation was carried out in order to disrupt criminal activity and anti-social behaviour that brings misery to our local communities.

“This type of behaviour is not welcome and we will continue to take action to disrupt and prevent criminality.”

Area Commander Chief Inspector Stewart Mackie added: “The success of the operation is thanks to the continued support we receive from members of the public. I want to encourage the community to continue to provide us with information which will be acted upon. I am also grateful to Moray Council Trading Standards for the support they have provided during this operation.”

In his role as deputy-chair of the Police and Fire Committee, Councillor James Allan said that the council was closely briefed ahead of the operation, Councillor Allan saying: “It was a good example of our police, Moray Council and the community working together on information sharing.

“Drugs supply and anti-social behaviour are serious crimes and I am full of praise for the intelligence and effective operation by Police Scotland which has resulted in a number of arrests.”

A Moray Council spokesperson concluded: “We value partnership working with Police Scotland in tackling acquisitive crime and our trading standards section was able to contribute specialist knowledge to this operation.”