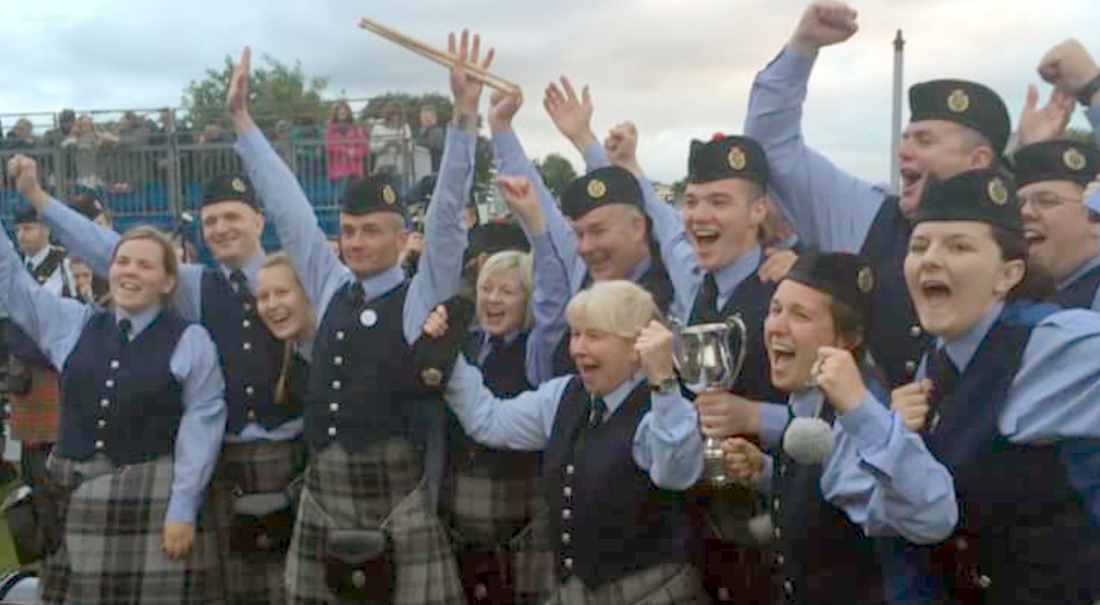 MORAY’S EUROPEAN CHAMPION pipers have ended the 2016 season with another major boost as they finished in the top ten at the World championships.

The pipes and drums of 2622(Highland) Squadron at RAF Lossiemouth took the Grade 3B title at the European championships in Forres earlier this year.

Recently the Moray band were in action again, this time on the World stage in Glasgow – and were delighted to finish in 6th place in their grade taken by the Drum Corp.

The success brought the bands silverware haul to 17 trophies this year – including a second at the Scottish Championships and the Champion of Champions crown for the North of Scotland.

Managing both the 3B and 4B bands – which between them account for over 60 musicians – is Flight Sergeant John Grant from 2622 (Highland) Squadron RAuxAF.

John said: “My expectations have been well and truly exceeded this year by our Grade 3B band – in only its second year in this grade.

“As our newest band on the circuit, and having played together for only eight months, they certainly started at running pace when they qualified to play in the finals at the Europeans and then took eighth place overall.

“They secured their first trophy at the North of Scotland Championships in Mintlaw by achieving an impressive third place – which was a fantastic achievement for a band so young. The commitment from all our players has been phenomenal.”