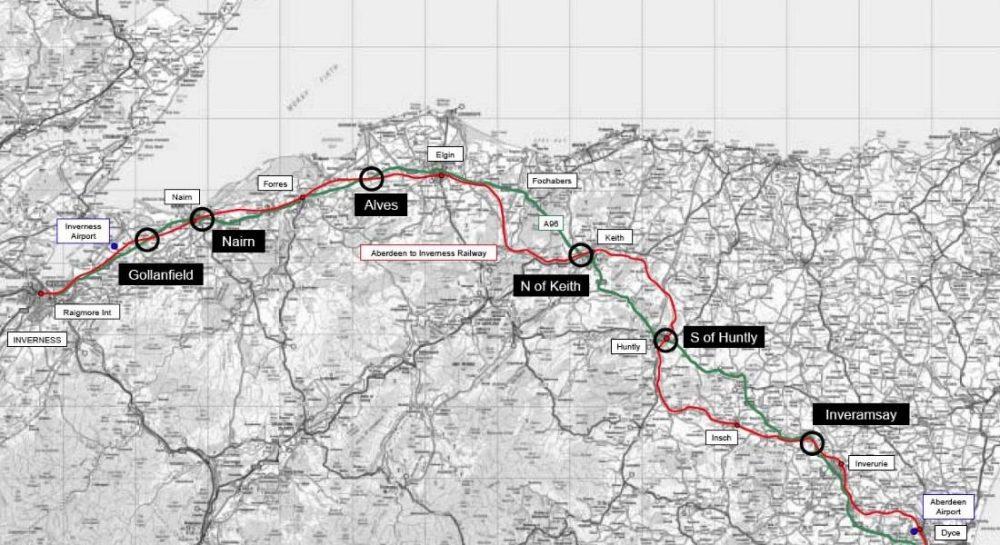 MEET THE TEAM events aimed at informing the possible routes taken by the dualled A96 through Moray have sparked even more concerns over the issue than previously existed.

That is the view being expressed by regional Labour MSP David Stewart, who has always taken a particular interest in transport issues at the Scottish Parliament.

Mr Stewart has highlighted several concerns over route options in the wake of the Meet the Team event held in Forres, where members of the public met with representatives from Transport Scotland and contractor Mott MacDonald Sweco.

The MSP said: “The A96 Inverness to Hardmuir section is well advanced and in Forres there was an introductory event to meet the team challenged with constructing the Hardmuir to Fochabers section.

“My concerns relate to communication and links between the Government, Local Authorities, Transport Scotland and the construction companies.

“Yes there are plans to consult widely and with community groups, individuals and businesses for example, but taking an overview of the Inverness to Fochabers sections, it seems that the routes relate to options which bypass the bypasses.

“Take the A96 Auldearn Bypass for example. Here we have a perfectly good carriageway on a level plane with room to expand on both the North and South sides, yet the preferred route is to the North of the bypass – and comes very close to people’s houses and ploughs through good farming land.

“Then we have the Forres Bypass. This road is relatively straight and also on a level plane, but apparently there is no plan to utilise any part of this current road.”

Mr Stewart added that in the last few years the Fochabers bypass was completed at a cost of several million pounds – yet the new plans for the A96 dualling did not utilise any part of that road.

Mr Stewart said: “To my mind this smacks of an awful waste of money, which could have been better spent elsewhere especially in these hard economic times. This is what I mean when I raise my concerns about the Government, the Local Authority, Transport Scotland and the Construction company all speaking to one and other.

“From the outside looking in, there seems to be a disconnect. Why is there not any forward plan so that the bypasses being built were so completed with a view to them accommodating part of the dualling programme?

“When I look at the plans for Elgin and a bypass to the North or South, I wonder if there is communication again, because if they do not build the proposed A96 in the right place, we could end with this major artery going through the middle of a residential area, such is the pace of house building to the South of Elgin in particular.

“I plan to write to the Transport Minister highlighting my concerns and seeking reassurance that all parties involved are speaking to each other and communicating with regards to future planning.”