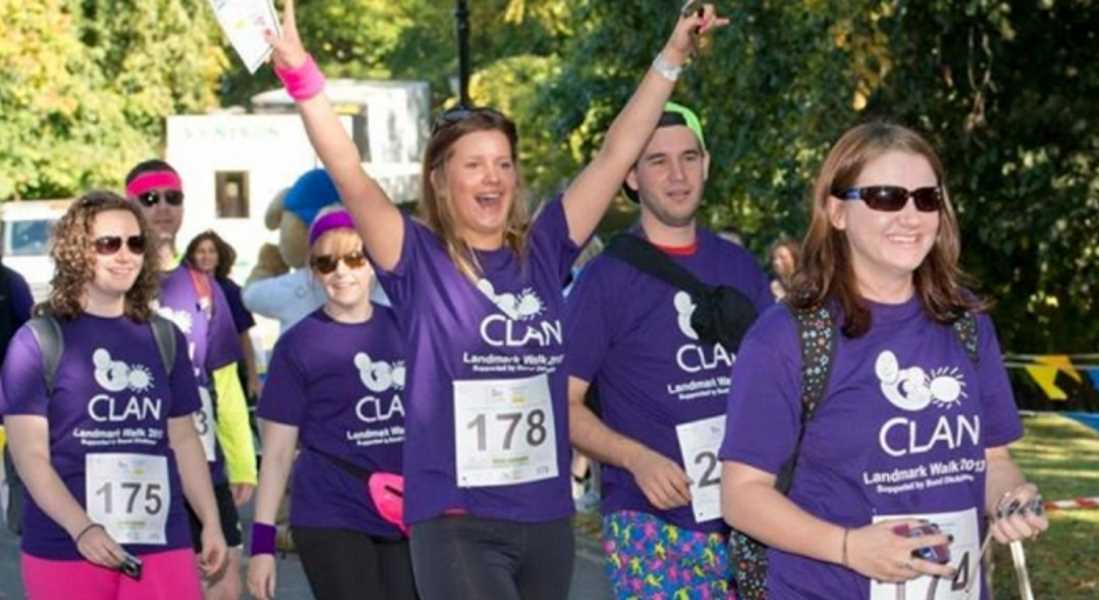 FAMILY AND FRIENDS of a Keith woman who sadly passed away a year ago have joined in raising £11,000 for a local cancer support charity.

A series of fundraising efforts began after Morag Henderson passed away when family and friends wished to acknowledge the support she was given by CLAN Cancer Support when attending Aberdeen Royal Infirmary for cancer treatment.

Events included a garden party, raffles and fundraising within Tesco’s Keith store, where Morag had worked for 21 years. Staff at the store also undertook the 26 mile ‘Fish Wives Walk’ to further boost the fundraising. The group’s donation also includes £1,800 which was received at Morag’s funeral.

Derrick Henderson, Morag’s husband, was amazed at the local support received, so much so that the garden party is to become an annual event.

He said: “When we first spoke about hosting a garden party to raise funds for CLAN we had no idea how big it would become. We were totally overwhelmed by the offers of support and help and the turnout on the day was just amazing – even though it was snowing at times!

“CLAN helped Morag and our family so much during our trips to Aberdeen. To have somewhere to break the long journey by staying in CLAN Haven, speak to other people who were also going through treatment for cancer or access CLAN’s therapies and support was so important to us.

“By raising what we can, we all hope that we can do our bit in ensuring that the charity can continue to support others in the fantastic way it supported us.”

However, this donation is not the end, with the group already looking to other fundraising efforts including a recipe book, dance, tombola and mammoth 100-mile cycle setting off in Ballater and tackling some of the area’s steepest climbs.

Steph Dowling, CLAN Cancer Support’s Senior Fundraising Coordinator, was delighted to meet the group and thank them for their donation.

She said: “The community spirit shown by the community in Keith in supporting the group’s fundraising is really special and to hear that they already have more fundraising plans is fantastic. It was lovely to meet everyone to hear how much CLAN helped Morag and her family during difficult times and their desire to give something back to CLAN is heart-warming. We cannot thank the group enough for their support.”

CLAN Cancer Support is an independent charity which provides comfort support and information, free of charge, for anyone, of any age, affected by any type of cancer. CLAN aims to support people to reduce anxiety, stress and to increase their ability to cope with the effects of a serious illness.

While based in Aberdeen the charity covers the entire north east with a presence in Elgin, Lossiemouth and Buckie.