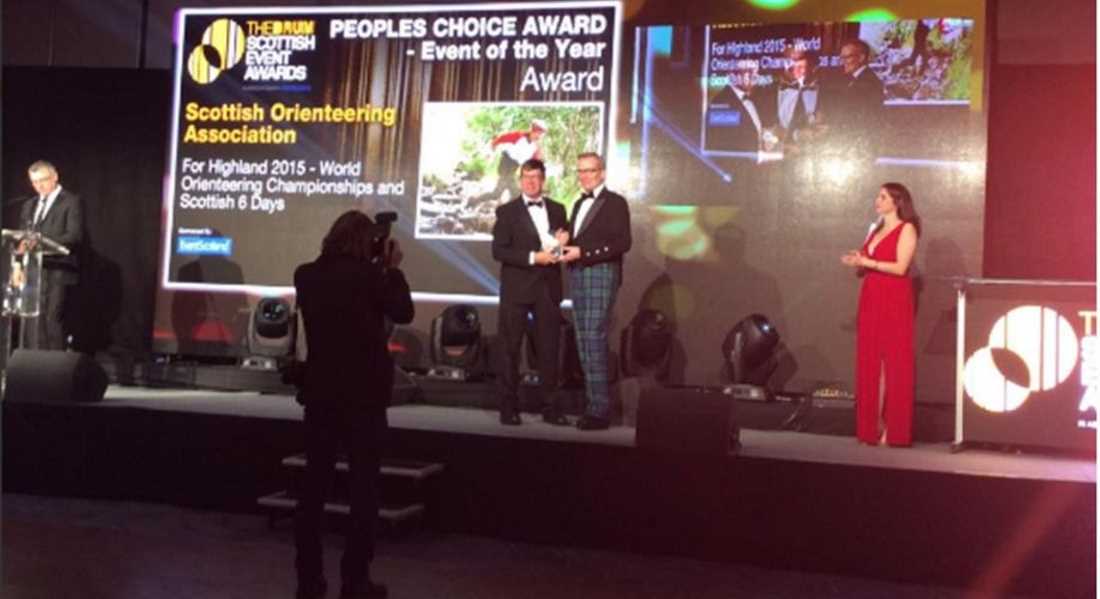 THE SPORTING EVENT that took images of Moray to television screens around the world has beaten off strong competition to be named as the ‘People’s Choice’ by the Scottish Events of the Year.

Highland 2015 – World Orienteering Championships was a surprise and welcome winner in the awards, seeing the event compete against such as Aberdeen’s Festival of Light, the Royal Highland Show and Edinburgh’s 2015 Christmas celebrations.

Highland 2015 was the biggest orienteering event ever staged in Scotland and attracted live television coverage both in the UK and throughout the world. Most memorable for those in Moray was the urban sections that took place in the streets of Forres, ending at Grant Park where thousands gathered to support the athletes.

Over 30,000 competitive runs took place at venues across Highland and Moray, making Highland 2015 one of the biggest sports participation events of the year. The event incorporated the World Orienteering Championship along with the biennial Scottish 6 Days Orienteering event.

The Championships were nominated for their award by EventScotland but it was a public vote that saw Highland 2015 emerge as winners.