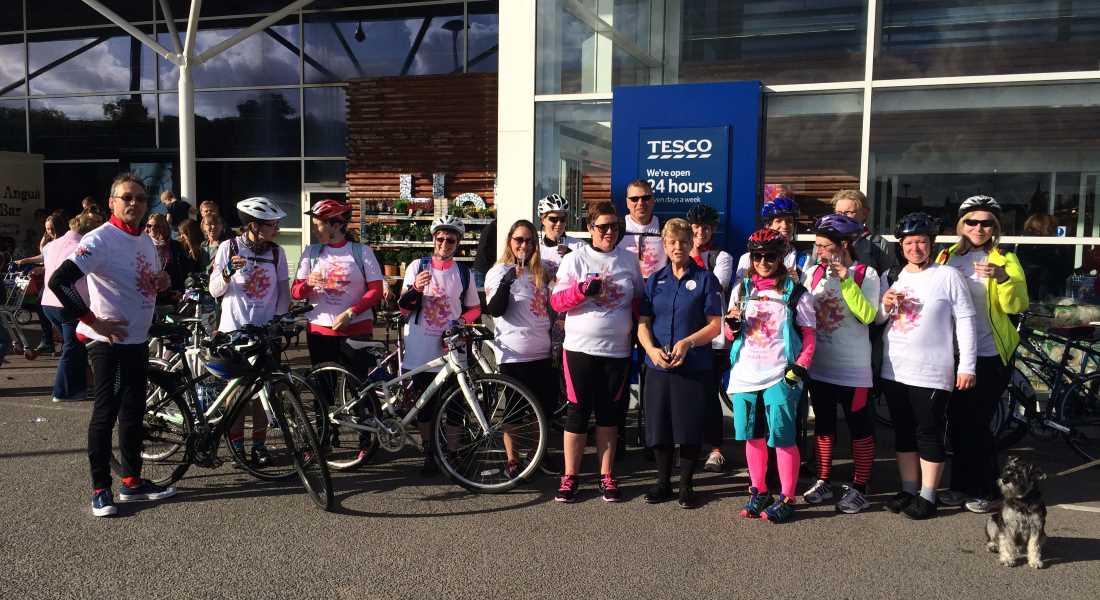 A SPONSORED CYCLE from Cullen to Elgin aimed at helping a Moray group achieve their £2000 goal has surpassed its target.

Anne’s Prosecco Peddlers was formed by friends and family of Anne Maclean-Chung, who was diagnosed with breast cancer two years ago.

Anne made national headlines when she was refused a drug that would prolong her survival and was widely available in other parts of the UK – but not in Scotland.

Following widespread publicity of her plight – and the work of her ‘Prosecco Peddlers’ – the personal intervention of First Minister Nicola Sturgeon ensured that Anne would receive the treatment ‘Kadcyla’. Now the Peddlers have vowed to give funds they raised to other local charities.

Now the Peddlers are celebrating after completing the mammoth cycle – quickly followed by the news that they had achieved their target.

Peddler Suzanne Lynch-McKay told insideMoray: “It was a huge success, we had a glorious sunny day and we’ve raised over £2000! This money will now be split between The Oaks and CLAN cancer support now that Anne has funding for Kadcyla from the NHS.

“We had a huge amount of help from other local businesses as well as insideMoray. Tesco Elgin donated T-shirts that Dallas Designs kindly printed for us, while Tesco Buckie laid on a water stop for the cyclists as they passed through the town.

“The WDC Scottish Dolphin Centre allowed our sweaty cyclists to invade them for lunch and were very attentive and accommodating. Tesco Elgin also had a glass of Prosecco waiting for the cyclists as they crossed the finish line in Elgin.”

Donations are still being accepted by the group via their Just Giving Page.