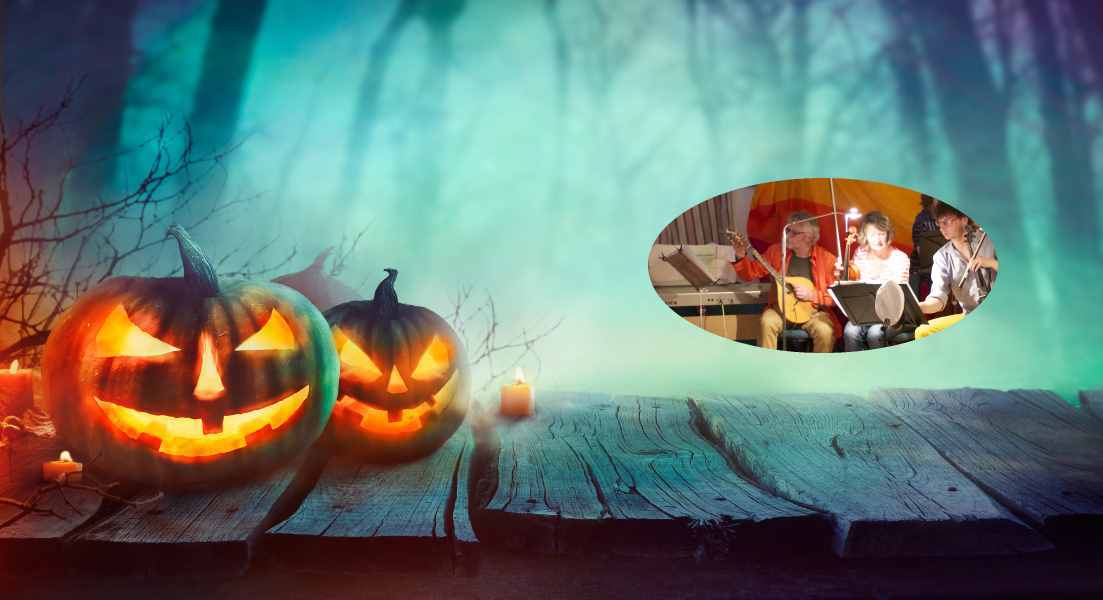 SCARY GOINGS ON will be taking place this weekend at the Universal Hall in Findhorn when the local Coastal Rowing Club will be hosting their Halloween Ceilidh.

Saturday evening from 7.30pm will see around 300 people gathering at the hall – the larger venue chosen this year in recognition of tickets selling out in just nine minutes last time around!

Entertainment will be provided by the talented Boatshed Band, originally formed by members and friends of the club who came together in the boat shed to practice music.

The Ceilidh, organised in association with the Peoples Health Trust, is the latest in a series of events being planned by the club, part of their ‘All Aboard’ project that was initiated on receipt of a grant from the People’s Health Trust.

The People’s Health Trust is an organisation that invests in people with great ideas to create fairer places to grow, live, work and age. They fund ideas that are small and local and which promote programmes that can help to alleviate health inequalities.

Findhorn Coastal Rowing Club has been funded for their “All Aboard” project which centres around the building of a boat and formation of a coastal rowing club, with associated rowing, training and social events as a route to connecting community and our coastal heritage, while promoting health and wellbeing.

The rowing itself has been a success during the summer with young and old alike coming to train and compete or to enjoy training sessions on a Saturday or popular social rowing sessions each Sunday.

Associated training and social events, open to all comers, include a six week block of fitness training, which will commence at Forres Academy sports hall, between 7 and 8pm on Wednesday, November 2 (entry is by donation).

Future events include a Burns Ceilidh at the Mossat Tavern in Forres on Friday, January 27. Details about the club and social events can be accessed by visiting the FCRC website.