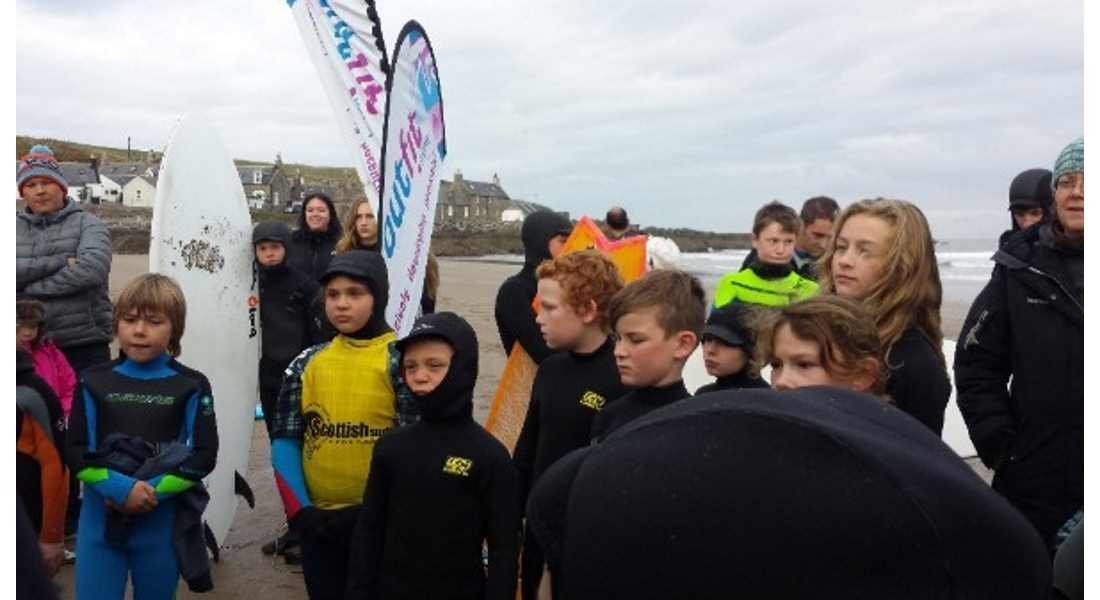 EXCELLENT CONDITIONS MET young Moray surfers who took to the water at the weekend for the first ever junior ‘Sandend Grom’ competition.

Organised by the New Wave Surf School and Suds Surf School, it was the first time that a competition of its kind was held on the Moray coast – and a reflection of the growing popularity of the sport with young people seen learning their skills at Lossiemouth and Sandend on a regular basis.

For this opening competition there was a very respectable 25 competitors – split into two categories of 15 boys and 10 girls, the majority of whom came from the local area although a few had travelled from further afield.

These included Elliot Young, who recently represented Scotland at the ISA World Surfing Game in Portugal.

Competition was over 13 heats making it a very long day on the beach for the young surfers – but they all took it in their stride with excitement and smiles all round, a spokesman saying: “We owe a massive well done to all competitors who put in the maximum effort – and produced a superb show of the surfing skills.

“Special thanks are due to the Scottish Surfing Federation, OutfitMoray and Bike Revolution for supplying gazebos, flags, and other equipment needed to run the competition.

“Thanks also to John Hubbard at Moray Trophies for supplying medals for the competition and to all who turned up on the day to help with the running of the competition – including Jamie Sutherland and Jamie Marshall, who spent the entire day judging.”