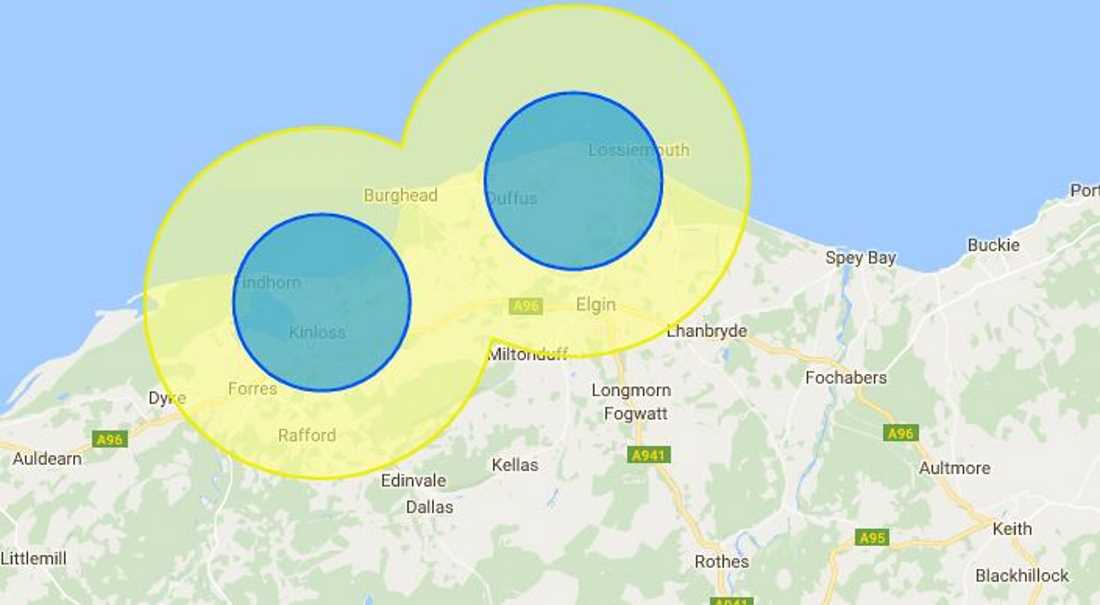 AMBITIOUS PLANS BY a Moray restaurant owner to deliver orders to his customers’ homes by air are an absolute non-starter, according to aviation experts.

Tony Liang, who operates the China Muchy Box on Elgin’s North Street, has said that he is forming plans to deliver takeaway food orders by drone, saying that he has already applied for a licence from the CAA.

Mr Liang told the P&J: “I’m confident this idea can work as we do have an experienced pilot. We have another shop in Dundee and have already carried out test runs to parks around there which have come off well.”

However, the main stumbling block to any permission granted by the Civil Aviation Authority would not only relate to local civilian air traffic regulations – but the absolute importance of a ‘no fly zone’ that extends around RAF Lossiemouth.

According to Drones advisory website noflydrones.uk, existing regulations would prevent any commercial flights of drones in the area. A spokesman said: “Rules and regulations already exist under the UK Air Navigation Order CAP393. This would cover both professional and hobby drone owners and has very strict limitations on flying Drones around military airfields in particular.

“Elgin is covered completely by this – controlled airspace for all airfields covers an area of up to ten miles from the airfield itself. In addition, being an important military air base, RAF Lossiemouth is covered by a Military Traffic Zone that covers all of Elgin and some miles south, east and west.

“I would envisage that any application to fly commercial Drones in that area would meet with strenuous objections from the RAF and so would have little or no chance of success.

“While some companies planning to use Drones for commercial deliveries have received permission – notably Amazon – to my knowledge none have ever been given for such flights within an active Military Traffic Zone.”

As well as the RAF Lossiemouth military restrictions, as an active back-up base the airfield at Kinloss Barracks has an identical restricted flight area.