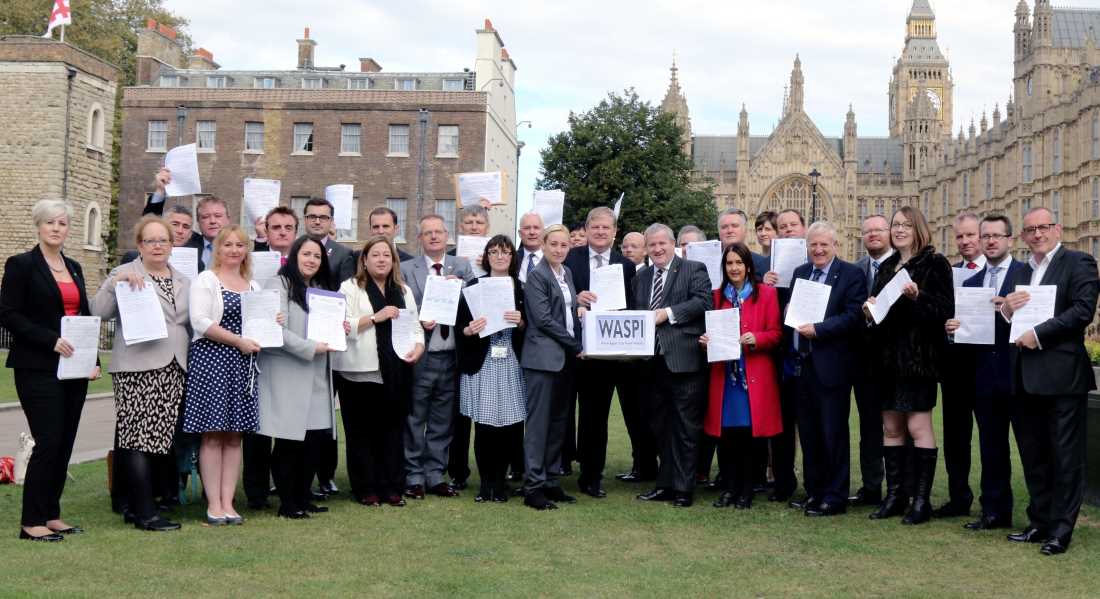 NEW TRANSITIONAL ARRANGEMENTS should be put in place that would ease the financial burden on women born in the 1950’s and who are now facing hardship through ‘rushed’ pension changes.

That is the view of Moray’s MP Angus Robertson, who this week delivered a petition to Westminster that he received from the Moray branch of the national WASPI campaign (Woman Against State Pension Inequality).

Mr Robertson was joined by SNP MPs from around the country who also received petitions from their constituents call on the UK Government to take immediate action and help the millions of women whose retirement plans have been shattered.

The 1995 Pensions Act legislated to bring the state pension age for women in line with the age for men over two decades – but the 2011 Pensions Act rapidly accelerated the original timetable and the 2.6 million women affected by the changes, born in the 1950s, were not informed of these changes.

So far the UK Government has refused to act, claiming that any transitional measures would cost around £30billion. However, independent research commissioned by the SNP suggested that it would cost significantly less to help these women – around £8billion.

Meanwhile, the National Insurance Fund is projected to have a surplus of over £25billion.
Mr Robertson said: “More than two and a half million women have been unfairly hit by the rapid rises to the State Pension Age and as a result their retirement plans have been shattered.

“In Moray alone the number of women affected is over 4,400, according to recent House of Commons Library statistics. That is a very significant number of women who have been treated shockingly by the UK Government.

“To make such major changes to these pensions with so short a notice is totally unacceptable and ignores the years of planning and contribution that require to go into pension planning.

“No-one is arguing against the equalisation of the State Pension Age, however, these women have paid National Insurance contributions and are due their pension – it is not a benefit but a contract that the UK Government has broken.

“The UK Government must do the right thing and listen to the voices of all the WASPI women. By using the surplus in the National Insurance Fund for transitional measures the Tories can afford to provide relief and dignity in retirement for millions of women.”