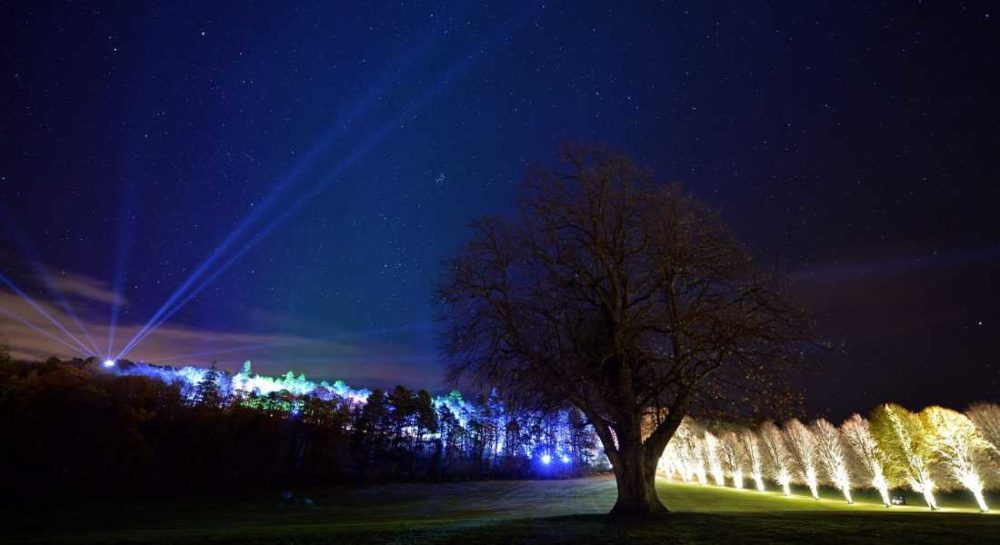 LOCAL BUSINESS IN FORRES received a £125,000 boost as a result of the Colours of Cluny project earlier this month.

The fantastic light-show on Cluny Hill proved to be a smash hit with locals – and also managed to attract people from far and wide to view the spectacle.

Now organisers have confirmed that the light show will return in 2017 after over 12,000 people chose to visit it over its ten-day run. There was also a boost for local business with nearby shops, restaurants and hotels reporting an increase in business.

Colours of Cluny was staged by the Forres Features community interest company, the idea of local butcher Graham Murdoch who said: “We had visitors from as far as Wick and south of Airdrie attending – and the economic benefit for the local area was fantastic.

“Initial indications are positive that the event impact on the local economy will be in excess of £125,000. Next year we have decided to introduce many new and exciting sound and light concepts, hopefully extending the footprint of the event within Grant Park.

“The best part has been to see people young and old clearly enjoying themselves and being so complementary towards all aspects of the event.”

While local reaction to the event has been largely positive, there have been one or two dissenting voices writing to local press and insisting that a public area should remain open without charge to residents all year round.