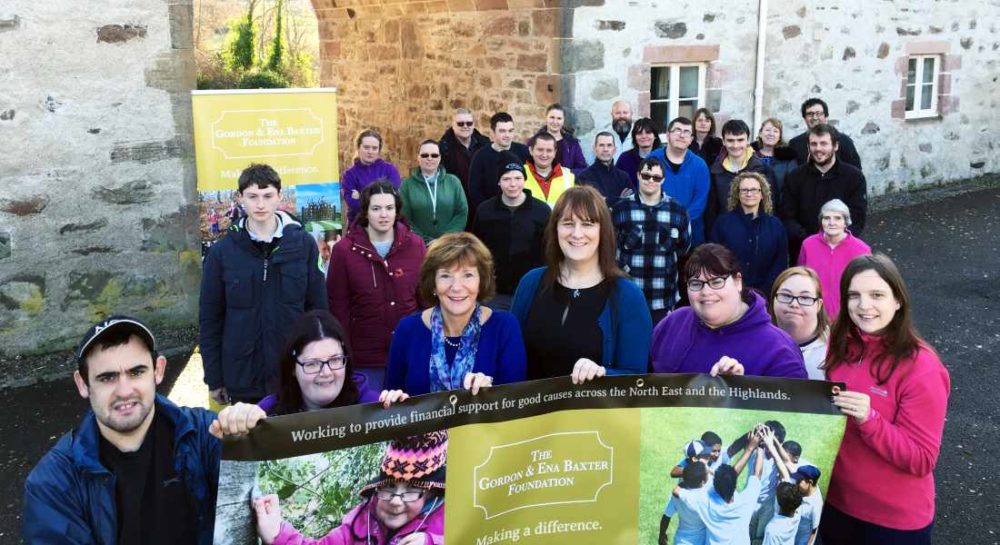 A MORAY FOUNDATION that has donated thousands to good causes throughout the region has revealed that £50,000 has been provided to groups throughout the North East and Highlands.

The Gordon and Ena Baxter Foundation met at the end of October to consider 50 applications for its second funding round of 2016 – resulting in 21 projects being funded.

Now the Foundation has launched its next round of funding to take place in March 2017 – and appropriately the announcement was made at Cantraybridge College in Croy, who received £15,000 in the last funding round to help with its delivery of skills training for young adults with disabilities and autism.

Launching the first 2017 funding round, Foundation Trustee Margaret Stenton said: “We are delighted to have awarded £50,000 to so many good causes that make a positive difference to the lives of the people in their local communities, like here at Cantraybridge College.

“We greatly admire what has been achieved here at Cantraybridge and look forward to following progress of the project. The centre is well worth a visit.

“The Foundation is committed to continuing the Baxter family’s tradition of funding worthy, well managed causes, projects and charitable organisations as we officially open our new March 2017 round to new applications.

“I would urge charities and community groups interested in applying to visit our website www.gordonandenabaxterfoundation.com and check whether you can meet our funding criteria to apply. We would be delighted to hear from you.”

While early funding from the Foundation tended to concentrate on Moray, several groups from throughout the North East and Highlands are now benefitting. These include such as the Aberdeenshire Sailing Trust and the An Talla Solais Dolphin Project in Ullapool.

Moray groups who benefitted in the last round include blind and partially-sighted support group NESS Moray and the Portgordon Bowling Club.

Information on how to apply for funding from the Foundation can be found online or by Email to kay@gordonandenabaxterfoundation.com.