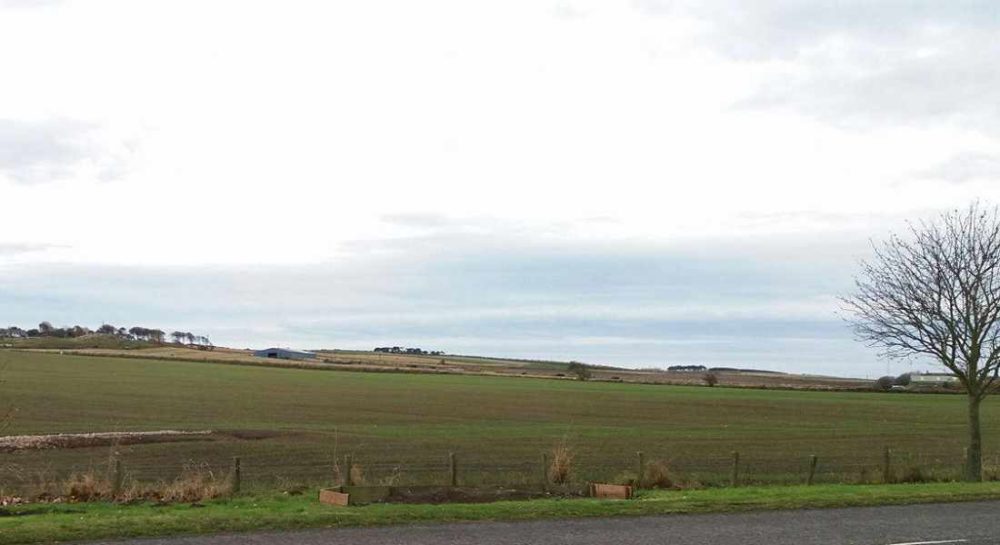 PROTESTS ARE GROWING in Hopeman over plans by Springfield Properties to build 22 new homes – with many in the local community believing it to be the first step in resurrecting plans to double the size of the village.

In just a few days a new ‘Hands Off Hopeman’ page has attracted almost 700 people – most of whom are concerned at a planning application being placed before Moray councillors.

The application by Springfield relates to 22 homes they wish to build on a plot of land on the south side of the B9040.

While the ‘affordable homes’ development does not in itself appear to be a major move by the Elgin-based company, it has sparked fears that as the build would take place on a corner of a larger piece of land they own, it may be the forerunner to much larger plans.

Ten years ago the company hosted several meetings in the community outlining their plans to build as many as 690 new homes on the site. That produced a furious reaction from hundreds of local residents – ultimately resulting in around 700 objections with a public inquiry eventually seeing the plans being rejected.

One of the first to register an objection to the current plan is Andre Govier, who said: “This is the first phase of a larger development ‘New Hopeman’, which was turned down at the public enquiry of 2010.

“This is proven by the fact that Springfield’s already own all the land to the south of the village – also on 16/01663/APP layout plans, access has been left on the southern boundary for further developments – and they still refer to it as ‘New Hopeman’, indicating their long-term ambitions.”

Mr Govier added that in his view the plan was “just a ploy for locals and potentially the Council to breach the recognised and established natural boundary of the B9040”.

He went on to highlight the findings of the official reporter in the 2010 Inquiry, which stated that building 12 proposed units at that time “would make future proposals for larger-scale housing expansion in the vicinity even more difficult to refuse”.

Last night Springfield’s partnership director, Tom Leggeat, said that any comments during the planning process will be considered: “We have submitted a planning application to Moray Council to build 22 well designed, energy efficient affordable homes in Hopeman.

“The application includes open space and landscaping and is being considered by the Council and its planning officials. As part of the planning process comments on our proposals will be taken into account.”